As 'Salina says, it is New Years Eve Eve today - and we were hit with the hard question of "when we were going to let her stay up until" - which I know is gramatically incorrect in so many ways, but then, look at her mother.

We have answered in stellar parental style "we will discuss and see".

The discussion in my head thinks that it may be a good idea to link it to the year in which she can engage in family activities such as washing-up or folding without prompting from adults. he he he - never one to discount an opportunity for a little honest bribery. V will probably be thinking along the lines of when she can vote. I am hoping mine comes through for her first.

Since last we met (well, since last I wrote), we have 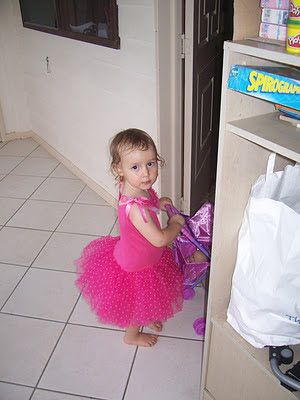 We are all looking forward to a 2012 and the unwritten pages waiting for us to write across them.

I hope everyone has a lovely, safe and happy New Year.
Posted by jeanie 2 comments Links to this post

December and the winds of change

It is the former, and as to the latter - howling a gale outside, which is a change from the stillness and heat that were November's colours.

I now have a daughter twixt childhood and primary school, and teenagerhood and secondary school.

I just bundled her off to her Nana's for the weekend, before a week of action packed adventure at her aunt's place

I also have a daughter firmly addicted to Hi-5 - in fact, this is firmly entwined in EVERYONE'S subconscious here:

Having all of 'Salina's old videos is truly paying off - not to say anything about the new cast members, I have been assured they are excellent (and get a run if Paris' requirements meet their scheduled time slot), however should the Hi-5 shout be made at any other time, we have stock!!

There was a moratorium on the instituting the new Christmas legislation at our house - I have always been a Grinch, with a blanket "no Yuletide trimmings (including the singing of carols) before December 1" law in place, but V finally has the numbers in the lower house to institute change - unfortunately, change keeps getting thrown at our house and the first day he could hook in with his co-horts and add a bit of tinsel and flash was not until last Friday - which was indeed, the 2nd. 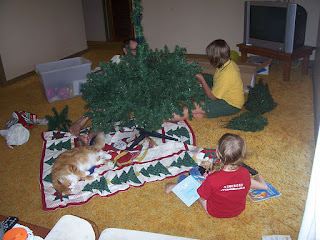 Ah well, we have been told 2012 will be a year of turmoil - it may actually be our house getting its act together EARLY.

On that note, I have actually been proactive about the whole Christmas card project that has been mooted every year - right up to the point of purchasing some cards and stamps - so this year I didn't need to do that, just actually write, and believe I am now 8% into it - we have high hopes of that number rising and surpassing any previous records!

Technology is working against us - analog television finally switched off this week, and after spending over $500 ensuring that we would get digital signal reliably for the majority of the time, the first night something went awry with our remote control and our television watching future looked like it would be one channel only, and peering around a large "Programs have changed. Do you want to rescan. Ok for yes, Exit for no" sign. For some reason, there is no Ok or Exit button on the box itself, and so we know that one day V's efforts with the emery board on the remote control may not be enough - luckily they were this time around. Of the 5 days since we have had Digital signal only, we have had a 20% success rate of signal being unaffected by the weather...

Do you remember the saga of my car stereo? Well, there is progress. Another speaker is working!!! Unfortunately, the only sound it makes is large pops and whizzes which Paris finds rather disconcerting, so it is conversation only available when she is in the car - which is great for her language development and working quite well for our understanding capabilities also. When she is not in the car, I do attempt to listen to the radio, but while one speaker has regained life (however ineffectively), the "good" speaker now has a mind of its own and I get edited highlights only, with the "not so good" speaker adding emphasis - so I get a lot of meditation done also.

The microwave died yesterday. One of the upsides of combining two adult's households is often you end up with 2 microwaves, and so when mine died 3 years ago we didn't need to contemplate buying a new one. One of the downsides of combining two adult's households is often the 2 microwaves you have are getting on in work hours, and V's microwave decided that yesterday would be a great day to curl its toes.

The oven still works though - and just as well, as I have two very keen bakers on my hands: 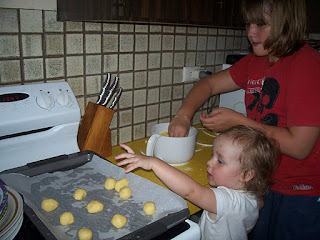 Other than that - well, in 10 days it is Paris' birthday, in 2 weeks it is Christmas - which means I really should buy some presents and get myself organised soon!
Posted by jeanie 3 comments Links to this post