(The ahead is a fictitious post to a ficticious messageboard. Any person, living or dead, who you may think is being depicted in this post probably isn't. I'm not that clever.)

What do you think?
Dear Messageboard

My husband's family have control issues and I think I am losing my mind from the scuttlebutt of his "old mates".

I am a somewhat older mum - usual story.  Took some time to deal with my rather perculiar paternal family, married the wrong bloke, work got interesting.

(Honestly, if you want an hour on a therapist's couch - my father is the sort of man that I would NEVER EVER marry, busy marrying every second bimbo who fall into the category of obviously would - what my mother saw in him I will never know - and spawning all of these siblings who - well - I can only say thank god I had Mom.  Shiver)

So I met DH through friends - honestly, he was a prince among all others - he listened, he was quiet and deferential, he seemed to really GET ME.  His brother was okay - a bit stuffy with a wife who was, at the time - friendly but reserved.  I got the feeling I was invading her turf, but then, my then boyfriend had been single a while and sort of an extra setting at their place a bit, so she was probably entitled to feel that way.

We really GOT each other.  And you know, my (and his) body clock was ticking and given the complete noneties on one side of my family tree, his extended family seemed quite interesting - right there for each other, you know?

Anyway, his dad was quite gung-ho for the whole thing - his first wife - the boys' mother - died when they were quite young but he had finally found happiness again when he rekindled with an old flame when the boys reached adulthood.  Step-mom is lovely - apparently she had a few issues fitting in to the family at first but each family has its wrinkles, it seems.  I think he is a bit of a romantic at heart, the old man.

Well, that was then.

Since then - its been horrible.

First, there are all these people who knew him from when he was a little boy pecking at me day in day out - if I didn't know better, I would say its almost what schizophrenia feels like, all these little voices chattering to fill the void, over and over about everything.

"What is she wearing?  Designer clothes?  An old ring?  Foundation?  Perfume that her SIL despises?"

"Did she look at him okay?  Was that for reassurance?  Reprimand?  Retribution?  Did her lips move?  Did his?"

It got worse.  Apparently these people speculate about everything.  Who his father is.  How his mother died.  What he wore to a uni party.  (Admittedly that was big time dumb.  He told me about it once and just was gobsmacked - but considering his family).  Whether his SIL felt overshadowed by me.  (Really - we laughed about that at first, but then I got to thinking - huh?  She stopped calling me soon after that, so maybe she is a bit insecure.)

And of course, then my own father added fuel to the flames.

What a cretin.  And that waste of space that is - well, most of my siblings really.  The kept telling these people all of this stuff - most of it made up, you know, the sort of stuff they did when I couldn't be bothered with them when I was a teenager and they were trying to gross out my friends.

Thank god for Mom.  Actually she is pretty gobsmacked at the whole thing too.  She is normally so zen and together, but she can only do very limited contact with these people - my dad's or my husband's.

And of course, we got pregnant.  Absolutely over the moon about it - it was straight away, of course, but you know, what with statistics and that, we had no time to waste.  And oh, the baby is so gorgeous.  A little boy.  Just DH and Mom with me and we all just kept on falling in love.  I just wanted to sit there and adore him.

And all of these people just want want want want want.  You think the vaccination conversation is a hard one with in-laws, try doing it through their rather convoluted method of chinese whispers and implied meaning - and if you ever tried to say anything head-on to any of them, you get "well, DH's grandfather's godfather got blown up by terrorists so this is how we protect ourselves" which really kyboshes whooping cough as a topic.

But all these people - its hard to describe them - if you ask them to back off, they say "well, you knew of our existence when you married him so sucks to be you" and they truly think they are right - so much so, I am starting to think I should have run early.  They are truly sick.

But it shouldn't have to be this way.  I see other family's resolving stuff and allowing people to live their own lives, but I see this one and I just can't deal with it any more.

I just want to take my baby and run away - I want DH to run away with me - go to near my mom.  She will help with the bub while I get my old job - well something like it - back and DH can find out what he wants to be (he worked in the family business - they won't like it if he resigns).

What would you do?
Posted by jeanie 4 comments Links to this post

Labels: joys of social niceties (or not), muddling with mental illness, queer things

In which the cat, the computer and the cunning of a 10 year old are all discussed

Eddie-cat is beside me, yelling that he has not been fed to the full quota for a gentleman cat of certain years. 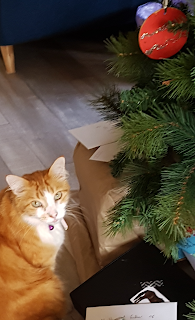 (this photo is obviously from Christmas rather than today.  This is his "nothing to look at here" pose as he dreams of days when that red bauble would be far more enticing)

He was lying, of course, with a half-bowl of food disregarded because it was on the wrong side of the bowl.

I, his slave, turned his bowl around for him.

I watched a video on Facebook recently that really made me think about various conversations that I have had with my mother over the years in regard to technology.

My mum was a pioneer in computers in our region, really.  We had a computer in the early 80s that was the same prices as a small car and you needed to park it to switch in on or off.

I was blessed with her genes, and cursed too - for I get to watch my future at times.

I love my mum to pieces, and sometimes she is akin to her own mother, the lovely Marty, who made us all laugh with her antics.

One Saturday morning she rang me with a curious problem.

Her computer screen display was upside down. 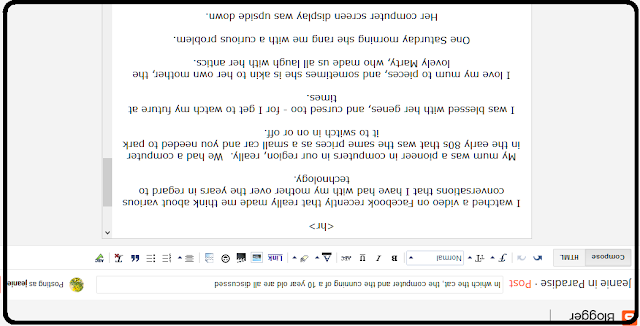 She is a lady "old enough to be my mother" whose cataracts at the time were no longer cateracting as best they ought, whose growing distrust of the industry spawning the inbuilt longevity-issues with her technology choices (with good, and well-delivered tales of plausibility) - and NOW with a very visual "take that" from the Universe - so she rang me over the landline to discuss solutions.

This was an interesting problem from my point of view, mainly because (a) I could only advise based on the information that she was able to give me, and (b) knowing that technology EXISTS - BASIC technology exists whereby she could have SHOWN me the problem and I could have possibly offset the frustration of having to describe to her what she had to do IN REVERSE and MIRROR TEXT - but of course, hindsight is 2020.

(And yes, welcome to the first, and only, 2020 joke of the year.  We will now resume normal transmission)

and (c) then you have to convert it to Windows 7.

Anyhow, Mum, Ronny Chieng's mum isn't as awesome as you.  I am sure that I would hold state secrets.

(Oh, and he probably - okay, he does, he swears.  I agree, there is too much gratuitous swearing these days - yes, those days too but not the same and not as much.) 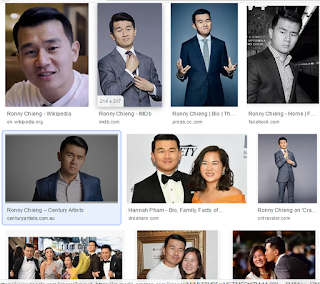 I don't know how it got to this, but Paris is now 10 years old and part of her wants to be a You Tuber.

We who must be obeyed are not so enamoured of that idea as she is...

She is also getting to an age where the more not enamoured her parents are to an idea,
the more she wants to argue about clinging to that idea

desparately hoping that any slight cessation of hounding either means 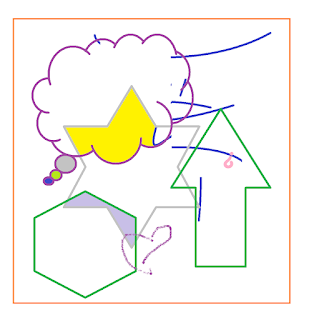 The worst bit is, there are moments in the marvellous clamours and defense strategies of this child that are sharp well-defined memories of myself at that age.

I had a bit of a reputation for being always up for an argument.

But it took me years to perfect the art-form and how to make it work in real life.

And I want to impart the knowledge that I have gained so she can shortcut all the fruitless arguments in her future...

and all she wants to do is to argue with me.

And I will give her this.

Its not all arguing, though.  She also negotiates. 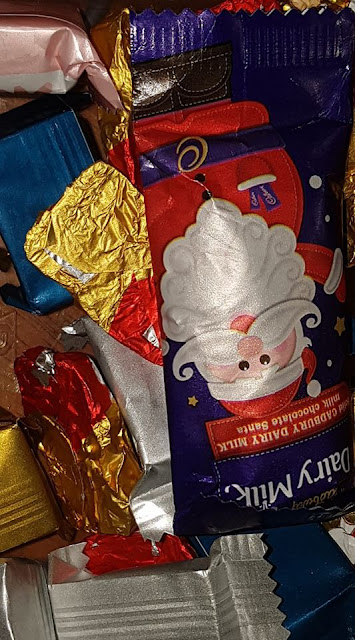 Last night, she discovered that Mummy had accessed the leftover Christmas goodies, and put aside two small chocolates to reward herself with post the "sitting outside the bedroom door and avoid coversations raised by a 10 year old and hopefully BORE HER to sleep" labour of love.

She DEMANDED that I sign an IOU ON THE SPOT - that she be given a chocolate the next morning from the stash.  She grabbed a tissue and, without even unfolding it, took a pen and WROTE OUT AN IOU - with space for me to sign and for her to witness my signature.

I signed, of course.  It saved an argument.

What was the FIRST THING that she did on waking this morning?

Presented me with my IOU.

The worst thing is, those two bits of chocolate? 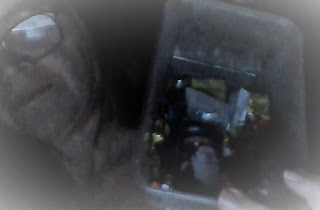 (Mmm - but the one I had just then was pretty good actually.  Note to self.  Brown wrapper.)

Happy new year all.  Its been a big one so far.  How about you?
Posted by jeanie 3 comments Links to this post