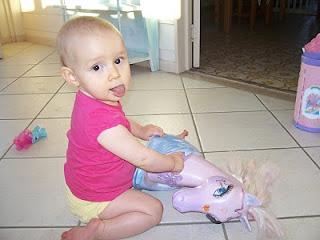 We had a pool party for 'Salina's 11th birthday - which doesn't happen officially until Wednesday. I won't post a photo of 'Salina, because all the ones of her include a dozen other kids - including one we don't know. Go figure. 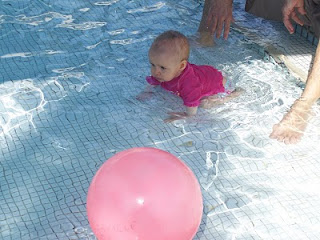 'Salina and V did have fun carving a pumpkin and getting together goodies for Halloween this evening. Its moments like this I miss Boy Next Door and Girl Down the Road - there are no playmates in cooee now for her to garner into a Trick or Treat posse - so we hosted a scary balcony and gave out goodies. 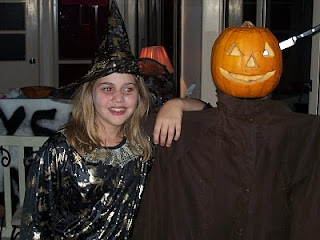 I worked my first Saturday at one of my new jobs on the weekend (so V got the joy of getting the girls ready for the party - he he he) (This tactic did backfire on me as I met him at the pool, as Paris was clad in a blue worker's singlet and a brown MCN. Quite rightly, he points out it is her fanciest MCN, but definitely a fail in Party Girl status!!)

However, a few Saturdays ago I wasn't working and we and some visiting friends went on a walk we have meant to do since - well, since being in Paradise.

'Salina has her Aunt's photographic eye, don't you think? 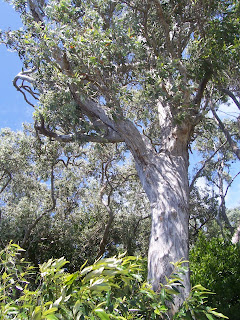 She is also a dab hand at Directing...

Yes, Paris has learned how to play!

Anyhow, back to tail up and nose down - 13th - its a date, right?
Posted by jeanie

Awwww.
Too sweet and growing way too fast!
Your poor jack o lantern looks badly done by with that knife sticking out of it lol.

I love that look Paris gives 'Salina at the end. Cute. Cute. Cute. And yes, it would seem that Salina has BB's eye.

Thanks for sharing! Hold those girls close and hugs them many times now while you're still the best mom ever.

Two of the cutest kids I've ever seen.
Helen

Tried to ring tonight for her birthday - hope she got the message! All looking forward to the Real Thing this weekend.
♥♥♥
BB

PS Always waiting for the punchline in the 'aunt's photographic eye' dept - all those smile lines ain't in the slightest photogenic!

She's getting so big!!

Both of them actually :|

They really are two very adorable girls! I hope you get another breather soon x

Sweet post. Love the little ones! Since Paris and my youngest granddaughter are about the same age, I love seeing your little one all the more! Love the eyes on both your beautiful girls!

And BB! Will you just stop! Those laugh lines are priceless!!!!!!!! Read, you wouldn't be as beautiful w/o them! Seriously! They say so many wonderful things about you, so . . . keep smilin'!