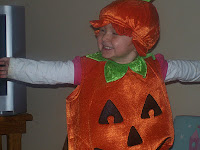 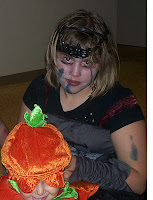 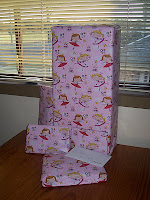 Not much of a post - I am afraid that life is just flashing by at the moment, with occasional "pin down and do"s going on here and there, but with work and V's study and the last weeks of primary school and just plain growing up going on, it is far too busy yet mundane to grasp the moments and reflect - which is what I plan to do once I have worked out how to compartmentalise the busyness of it all!!!
Posted by jeanie

I do adore that little pumpkin of yours, and Happy belated birthday, 'Salina. You know, here's a strange thing I've noticed. BB often raves about her sister. Coincidence? No. I don't think so.

I always enjoy indulging myself with your life in Paradise. Kudos for finding time--when it's available or just manufacturing some--to share a peek into your joys and challenges, often turning out to be the same thing!

I have not the excuse of having little ones tramping through my daily routines, but still find little time to post. One day again, I'll find something to do in that area. :-)

Oh LOOK. A compliment from my baby sister. Thanks honey! Am framing this post...
;-)
BB