When I was a kid, my mother was magical.  She kept her secret potions in her red make-up case.  She also had a treasure-trove of vitamins, tonics, powders and pills (and had the skills to use them) in the tupperware container in the kitchen.

Did everyone's mother have a make-up case?  They were hard and quite three-dimensional and were often placed beneath the Mum's feet in the car on trips, or regally towards the left of Mum's dressing-table.  If you were a very, very good girl, you got to go into Mum's Room and gaze upon the wonders that were in her make-up case.

It was always "Mum's Room" in my experience. Occasionally, if he had somehow kindled a feeling of warmth and regard, you might refer to it as "Mum and Dad's Room" but you and he both knew it was a concession of love.  There was, indeed, "Dad's Side of the Bed" and "Dad's Drawers" (upon which lived folded handkerchief's, a notebook, loose change, the other watch and mystery objects), "Dad's Toilet" was a luxury we all aspired to and "Dad's Chair" (a beauty that still exists in our living room, thirty-five years after its fortuitous entry into our lives through a one dollar raffle ticket from the Eidsvold Sport's Day), but there was a definite leaning toward the "Mum owns everything in the house because" philosophy in my childhood.

But I digress.  (and Dad did have does have quite a land claim on some of my childhood memories)

Mum used Oil of Ulan.  It was beautiful.  It smelt so luxurious and the little dab we were allowed on our fingers were so smooth and rubbed in to such a soft dream of nothing on your skin.  But you must never, never, never, never, never go in to Mum's room without being allowed to.

The living room used to be right next to Mum's Room.  The house was an original design, the sort of warren that exists from the family home emerging from an outstation heritage.  One where unexpected doors offered entry into rooms that geographically should not adjoin.  I didn't know, during my childhood, that there were homes out there that didn't have this feature.  Our home did, as did the majority of our neighbours.  Cupboards that were secret passages to other rooms did exist.  Laundry chutes were of the seventies child's secret dreams, and when they were discovered, always coveted.

The doorway between these two rooms, in my memory, were double doors with square panes of that gorgeous rough glass that worked so well behind paper with decent crayon action.  It is possible that my siblings may have attempted such feats without the paper.

These doors were permanently open - however the doorway ensured privacy with a curtain of green beads - circles and rectangles and diamonds and spheres.  We were NOT ALLOWED to tug on them or race through them but these ILLICIT ACTS were so tempting - especially when you had siblings who were fun to laugh with and make noise with and play with.

Mum's Dressing Table was heavenly.  It had little drawers and boxes with treasures beyond imagination.  If ever anything was needed in any part of the house, no matter how obscure, and the finder asked "Mu-um, do you know where the (insert obscure object here) is?" the answer would more often than not be "have you tried the dressing-table?" - and so often, by magic, this was indeed the hiding place of the object required.
Posted by jeanie 10 comments Links to this post

Labels: family, How I Saw the 70s, sisters doing it for each other

I have not been very chatty on here of late, mainly because I am currently half-way through working in a 3 month gig that is big on involvement and short on what I can actually share.

Here are a few random snaps, however, that I have gathered... 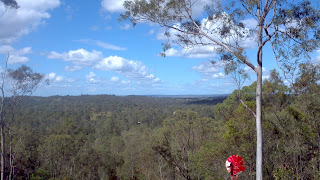 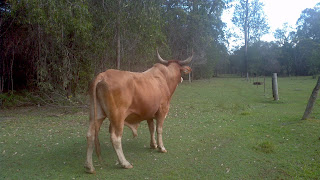 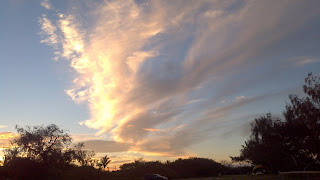