A funny thing happened on the way to the bath...

I may have mentioned that we are in need of a bathroom renovation.

I have placed V in charge of the project - because (a) I am busy, and (b) I am crap at decision-making.

V would actually like me to assist him in making decisions on his project, though, and he dragged me to the table and tied me in place coerced me into assisting him on the weekend. 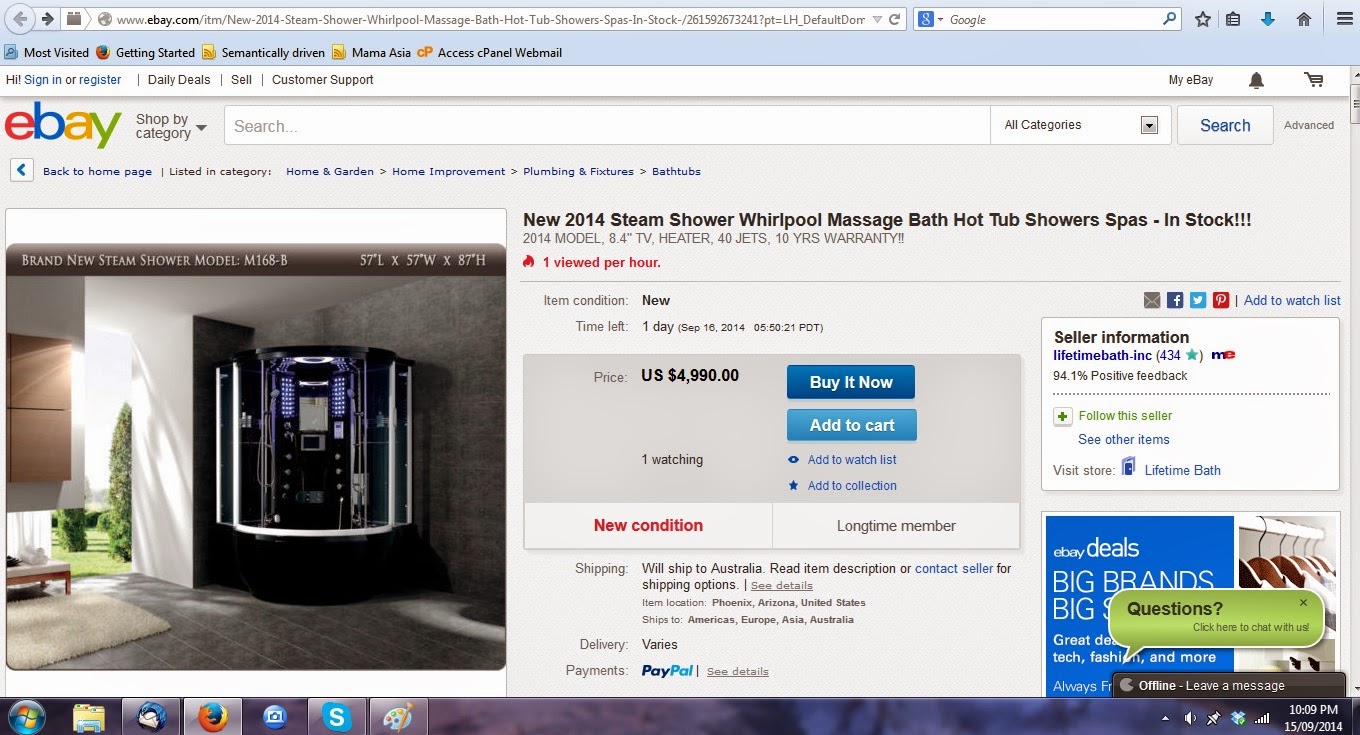 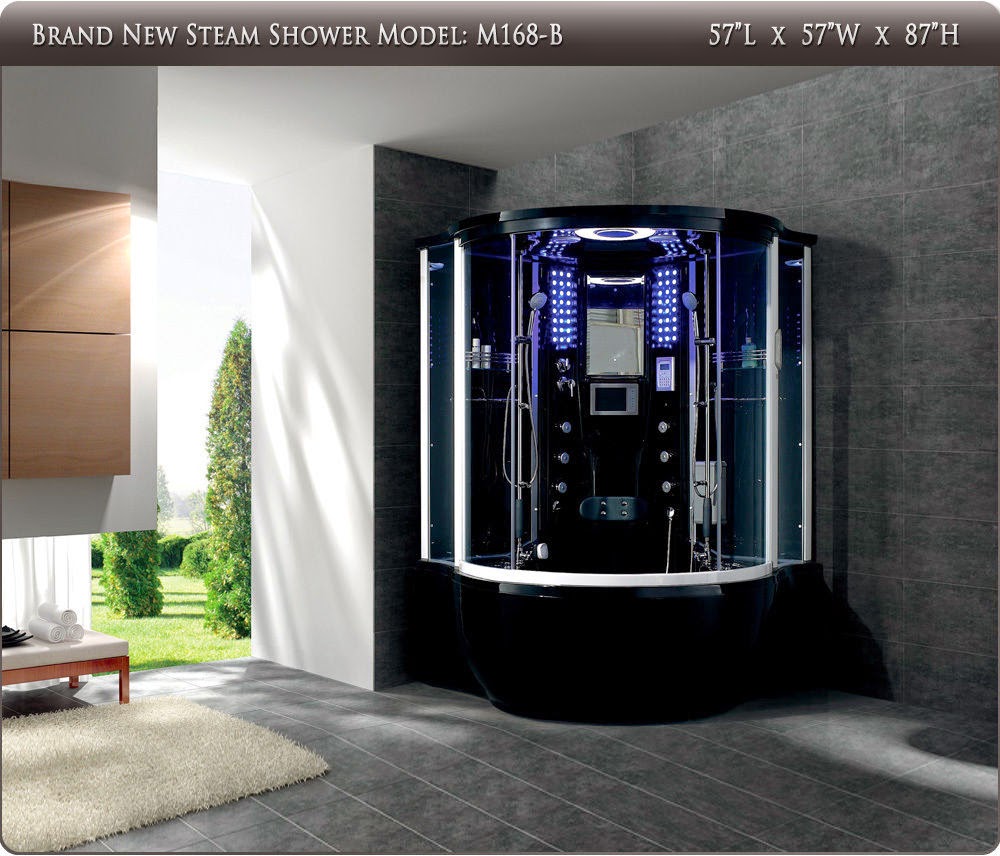 This was one of the first offerings I saw.

Now, we don't NEED one of these - I am pretty sure our house would IMPLODE if we got one, but what can I say but "Wow!!!"

You can get them with blue-tooth audio - man, you could have a disco in there! 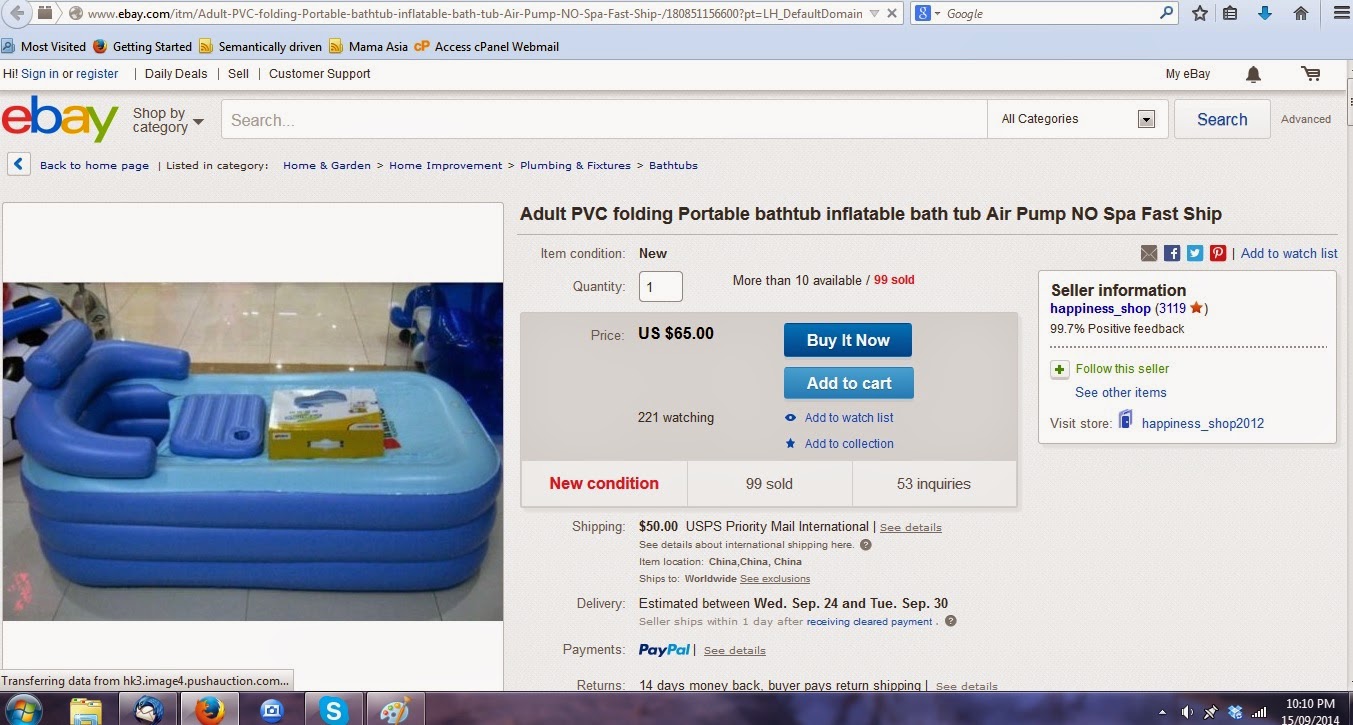 Now, this is a little more low key than the above.

The wierdest thing was that there were 220 people in the world watching at that moment.

220 people in the world who cared about this so much that they were watching, waiting for the moment that they could snipe the opposition and get this little beauty right at the finish line... 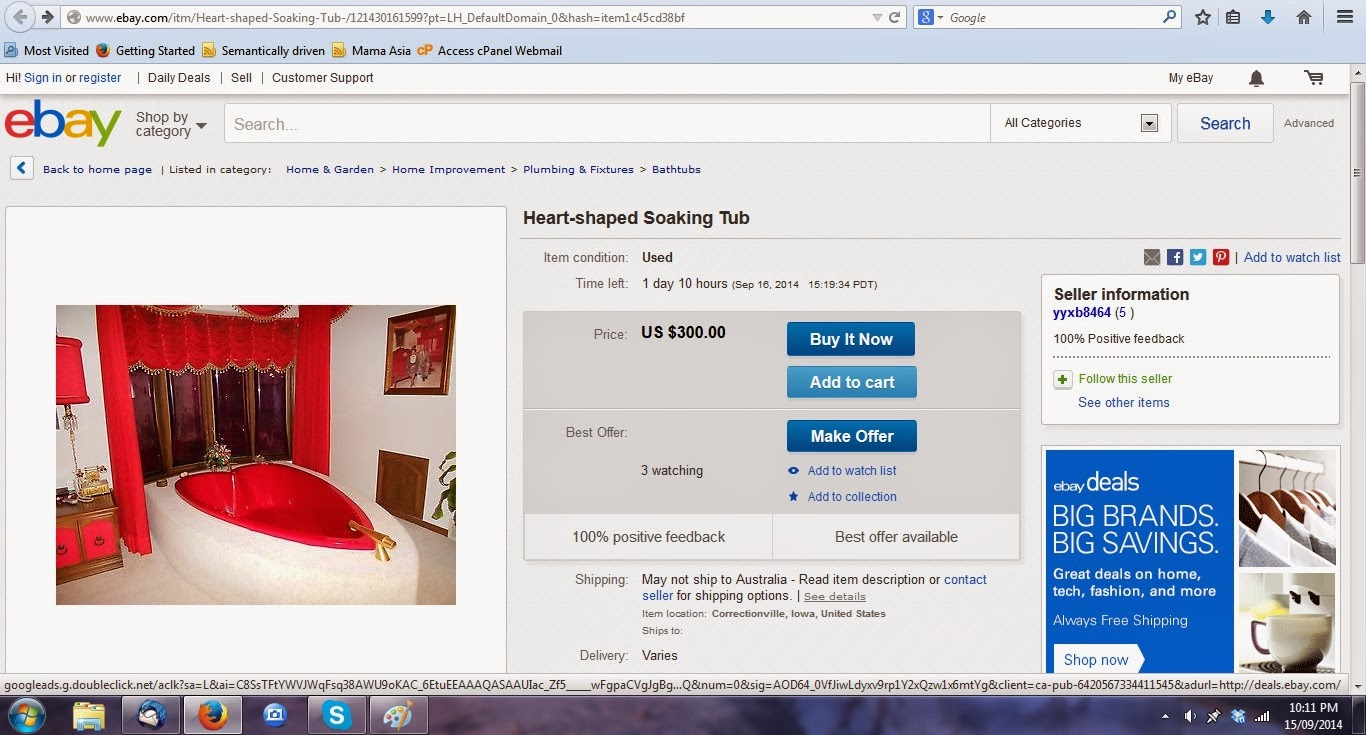 Doesn't this say something? 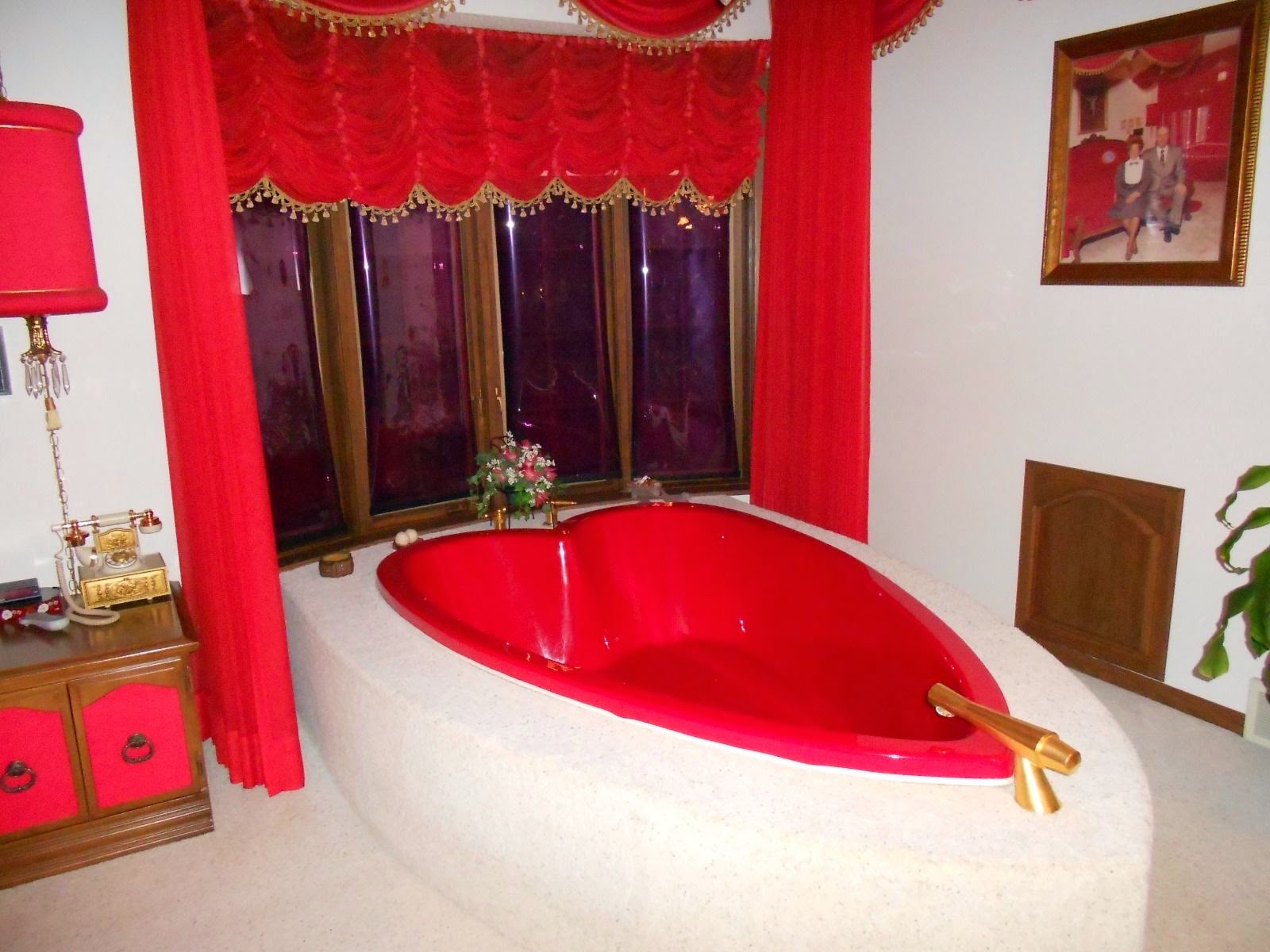 Not exactly sure what it is, but it is speaking in languages that surpass several senses. 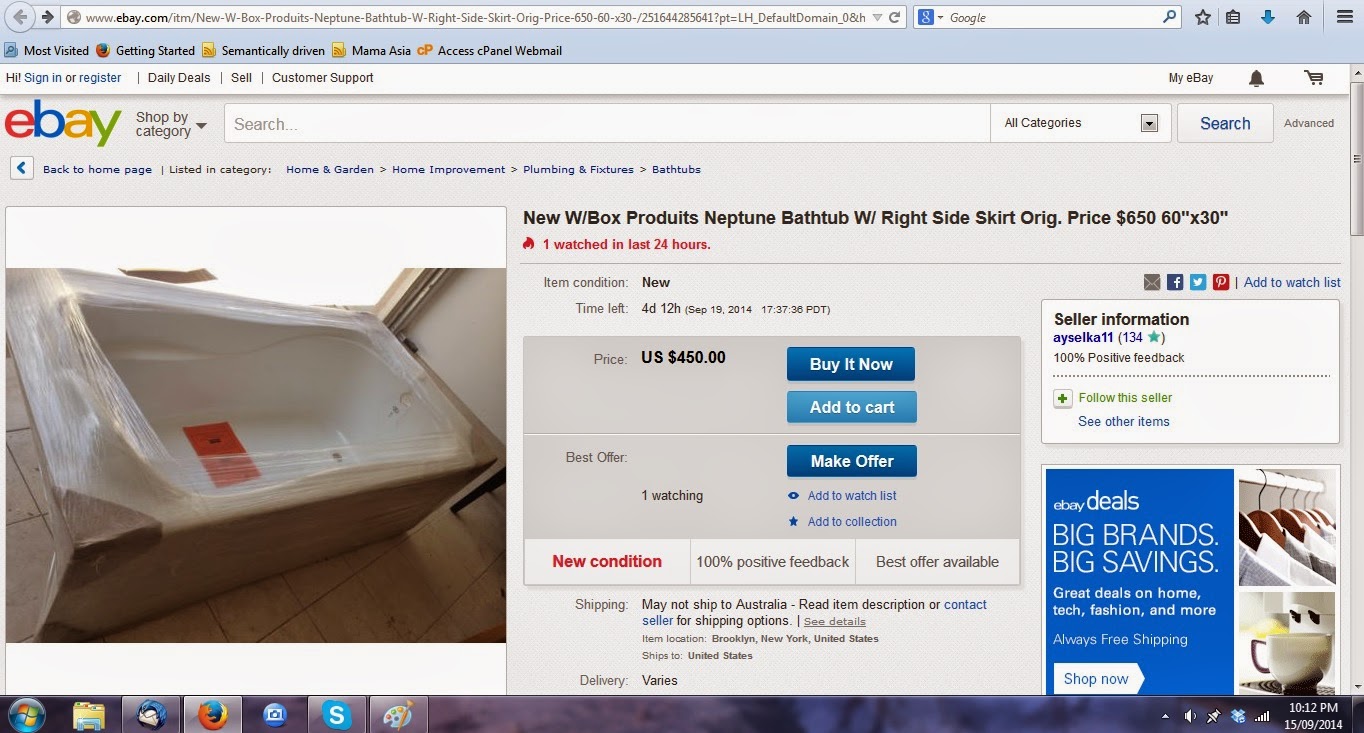 I aim to use the phrase "right side skirt" in as many conversations as possible in the next week.

I am wondering if there are only 10% left sided skirts in bathroom world... 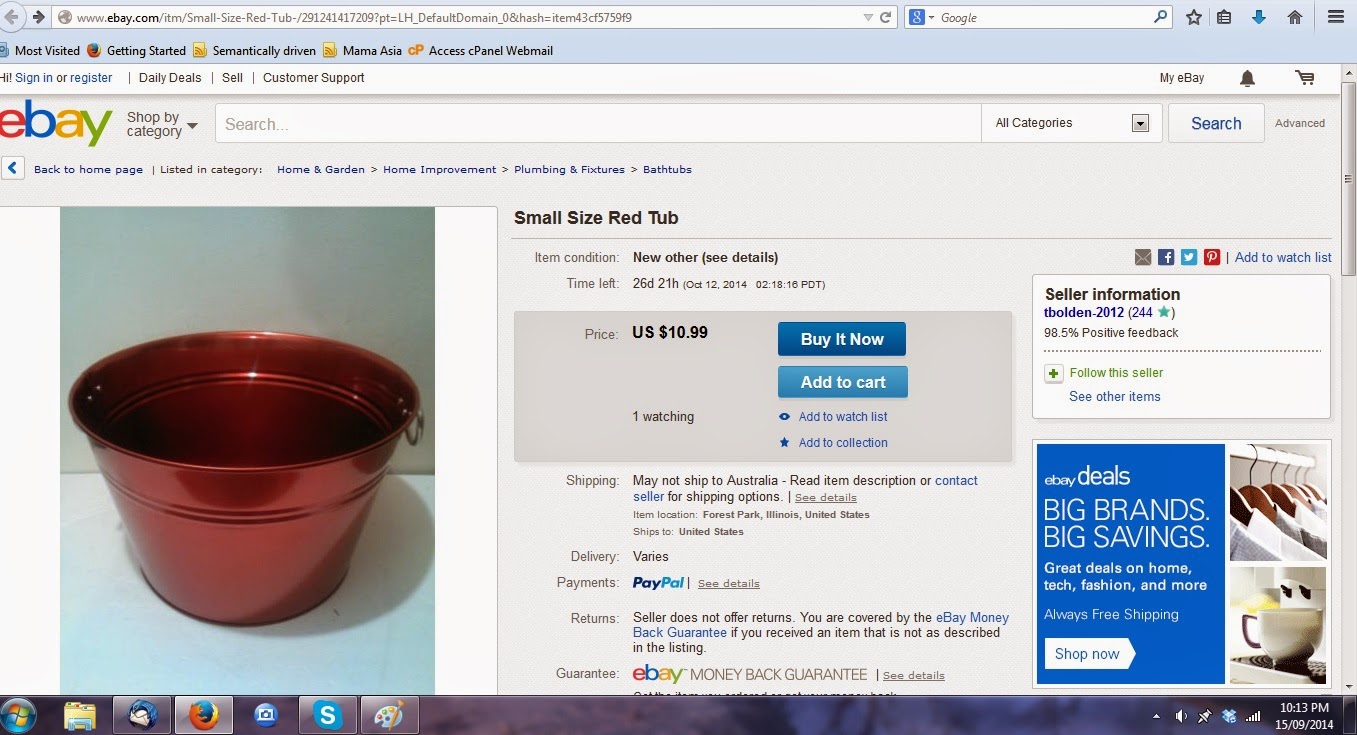 This holds a certain allure - and possibly a small child. 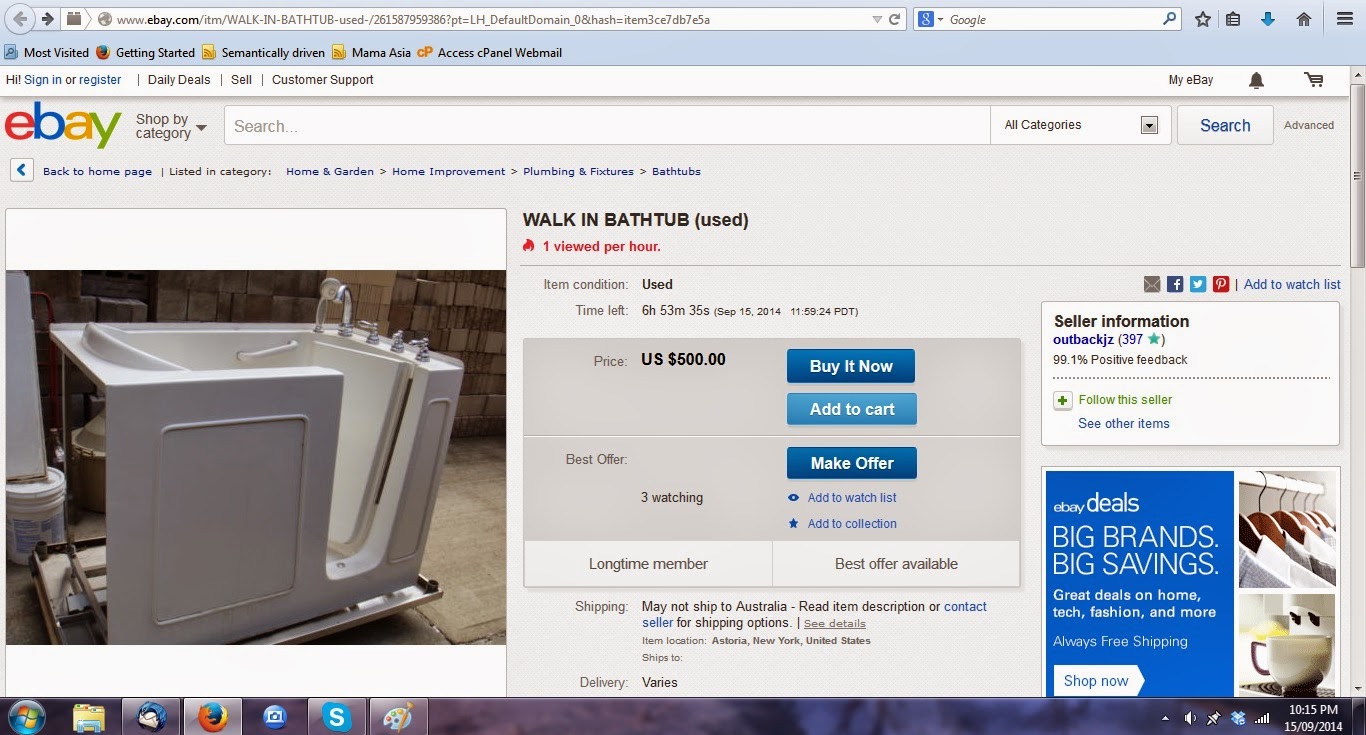 This is advertised as "used"
I want to know - did they walk out okay? 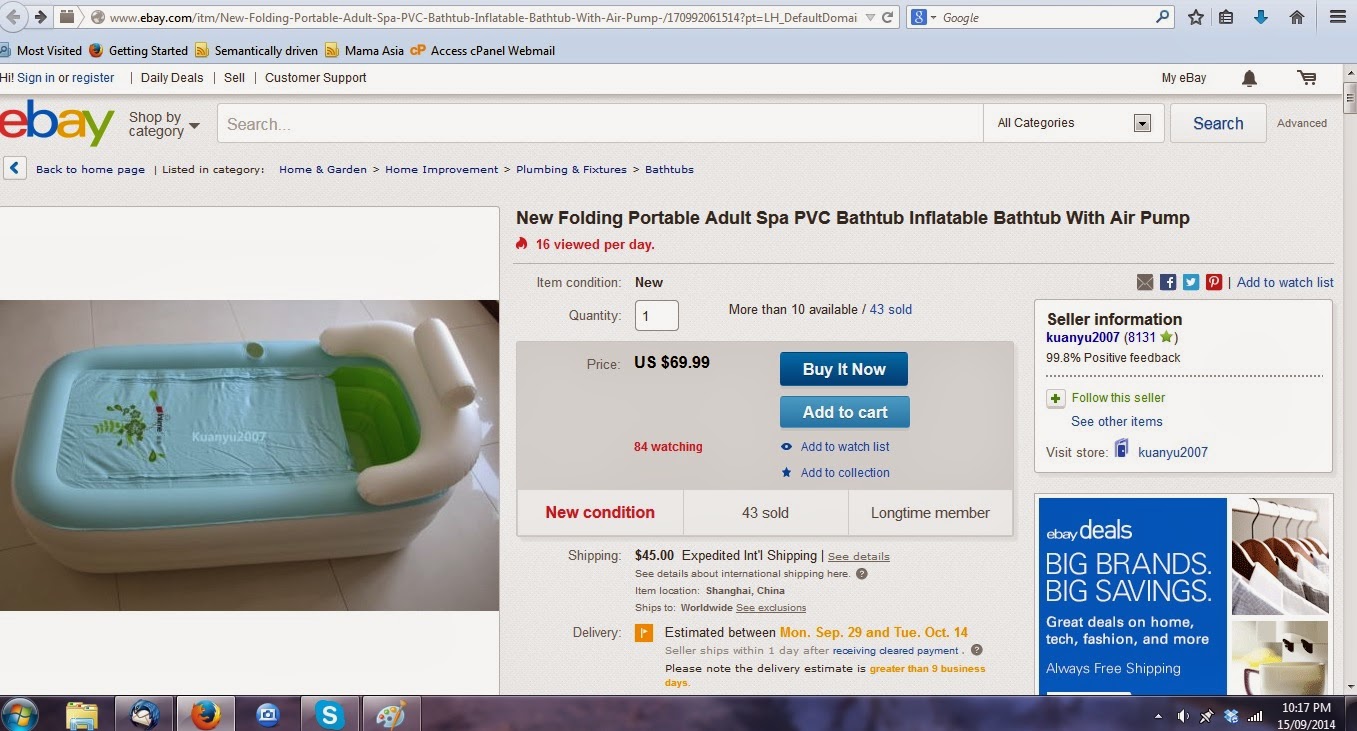 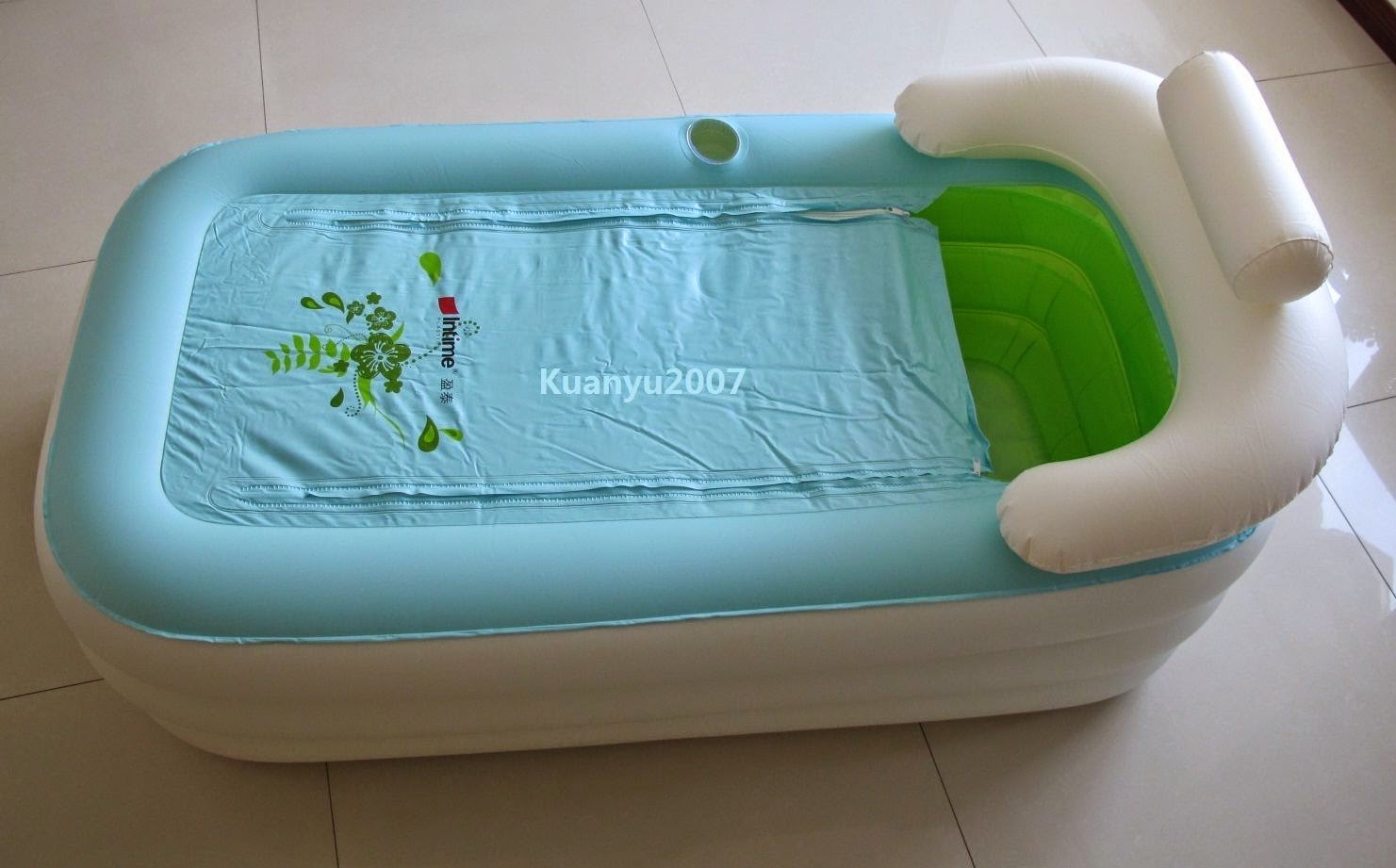 I really think that they should feature the green flower with tears spouting from it more prominently in this ad...

That and the drink holder... 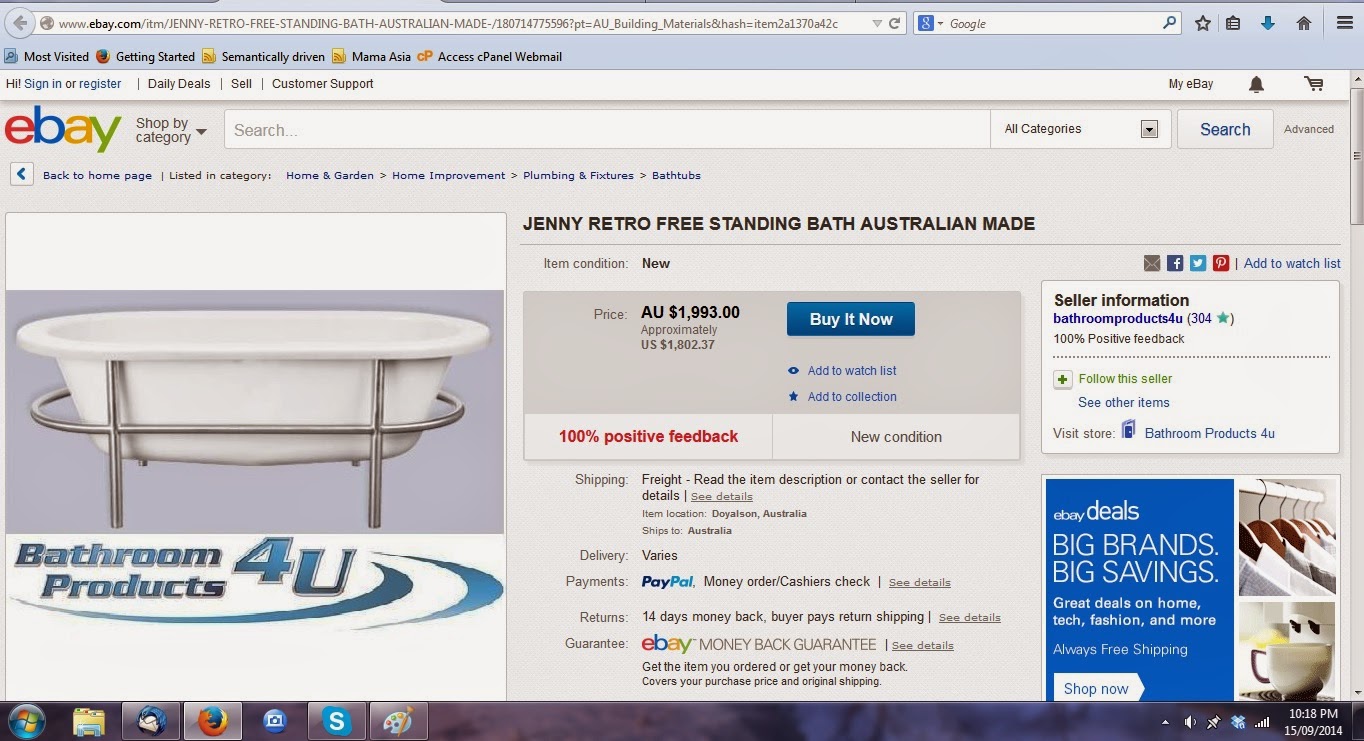 It was about that point that V realised that the great "get Jeanie to assist with decision-making in this project" experiment was over, and nobody really won.

Nobody except the bathroom, perhaps.

So - what side-trips have you been enticed on this week?