I know here in internet land, there are those who are primed to see amazing feats of childhood dreams being breathed into life with matching straws and dispensers of spun sugar.

If you are from this category of fish, its probably best to look away now.  We didn't do that to celebrate 4 years of having Paris in our lives.

Actually, we didn't really "celebrate" at all internet style.

We just awoke at 6am at her request and did her bidding all day - pretty much an average day in Paradise. 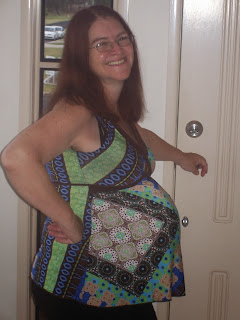 It has been four years of joy, 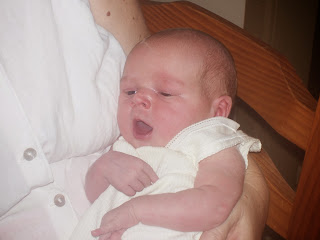 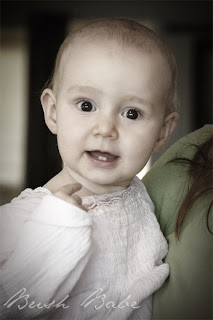 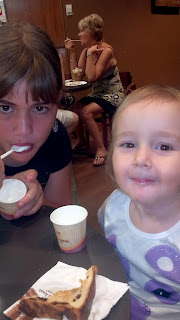 She lights up our lives 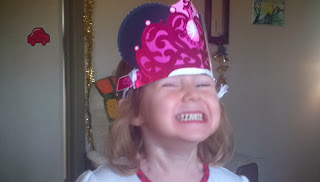 and adds colour and sunshine to our days. 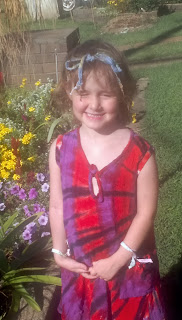 We made fairy cakes, 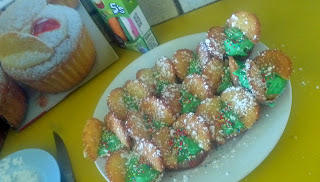 she got some new wheels, 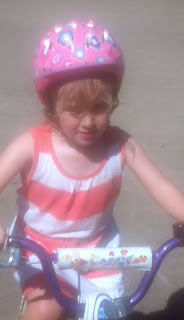 we went and ate junk food together in the park, 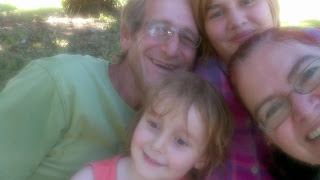 and she got lasagne and mango (separately) for dinner.
Posted by jeanie 4 comments Links to this post

I would like to announce that the season of Christmas Shopping has officially now launched in Paradise.

I know.  Early this year. 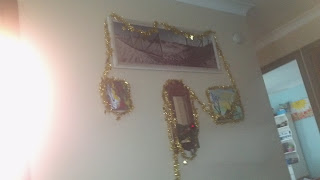 ("Christmas Decorations as viewed by Paris" - by Paris)

I have heard rumours that some people apparently finish their shopping for the festive season in October.  Sheesh.

Where is the fun in that?

What do people do on Christmas Eve if they are not wrapping presents and hyperventilating about enough stuff and more than enough stuff?

I like to approach a Christmas quietly for as long as possible.  Sneak up on it.

If it knows you are there, it will try to extract as much festive spirit - or as the agents of christmasitalism call it, profit - from you as possible.

The pickings leaning towards any -isms profitting from me do tend to be rather stringy and lacking in substance.  Therefore I have learned I cannot stand up to protracted scrutiny from such suckers, and so quietly with an air of disinterest is the only approach possible.

It is not just through fear of being parted from the filthy lucre that makes me pause, though.  I know what the combination of spending, me, and the term "sucker" have, and I actually suffer from a rare (however very rarely fatal) condition, where I am a woman who does not enjoy shopping for the sake of spending.

As a result, I am a hugely unsuccessful shopper.

However, even I surprised myself with my launch* this year.

It has been a week - nay, ten days - oh, what the heck, nigh on over a year of crap being dumped in my general vicinity.  Not aimed directly at me (all the time) but close enough to make an impact on the otherwise smooth and uneventful perambulations of my life.

The little, niggly stuff amped up a bit over the last week - speeding fine (again, so not my fault), death, confirmation of a friend finale (not due to death), dental dramas, pre-menstrual psychosis - okay, perhaps the lady doth over-exaggerate, but if there is a bad guy aiming stink bombs, they were hitting fairly frigging close to the bone.

So today, all armed with the knowledge that the proposed budget is in the black until at least 2014 ** and listed up, Paris and I set forth on the inaugural shop. 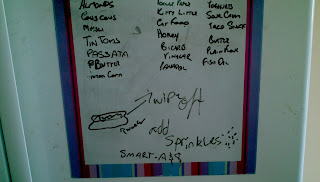 (not an actual representation of the list.  I am not giving anyone Vinegar for Christmas this year)

My freaking shoe BROKE.  I was strong.  I did not take it as a sign. 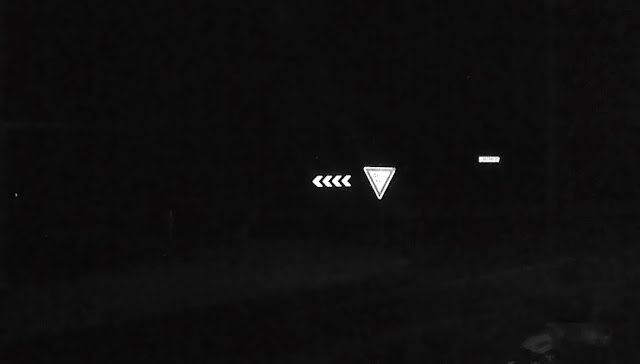 (if you look closely, you can see a mob of kangaroos behind this sign)

It did, however, mean that, rather than striding into the first store of my chevy, I approached in a more disheveled manner, broken shoes in hand to PROVE that ferality was not my natural state (well, not for the last few years, anyway) but still bowed by the sneers of the righteous folk lined up at Santa's Kiosk and exiting the bottle-shop near the entrance of the Shopping Centre.

Now, I had actually budgeted for a pair of shoes.  For Paris.  My footwear has not been pencilled in, therefore whatever is spent in the shodding must be spent with care and an eye to very low financial impact.

I have before mentioned my shoe shopping phobias, have I not?  Here and here.  This one is nothing about shopping for shoes, but emphasizes that should the universal conspiracy have been looking for something that is going to just make my life a little bit more stressy, go for the footwear.  The girl sucks BIG TIME at shoe shopping. 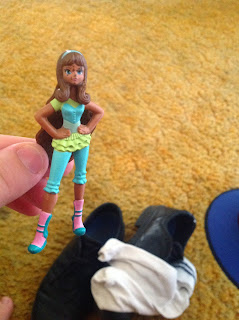 Let me just say that I am actually not TOO much poorer, as a result.

My total footwear range has expanded, it is true...  however, we would have to describe the trajectory of style and show of social standing as in a Southerly direction, with the other major shoe factor, comfort, not really offering any redemption in the selection I ended up with.

Am rethinking my declination of the feral status.

*  Allow me to confess to three transgressions:

** a year that I hold much higher hopes for.
Posted by jeanie 5 comments Links to this post

Labels: A post about nothing, Shoe-pid, violins wailing in the background
Newer Posts Older Posts Home
Subscribe to: Posts (Atom)