The other side of the world...

We are here - and about 2/3 of the way through, so I thought it might be time to appraise you in how the other side of the world has viewed us - and we them.
Firstly, did you know that they do things a bit differently here?
I mean, I knew about the whole date thing, and the side of the road bit, and even the light switch issue (how bizarre is THAT!?) but I was completely unprepared for their stove dials to be anti-clockwise or the supermarkets... 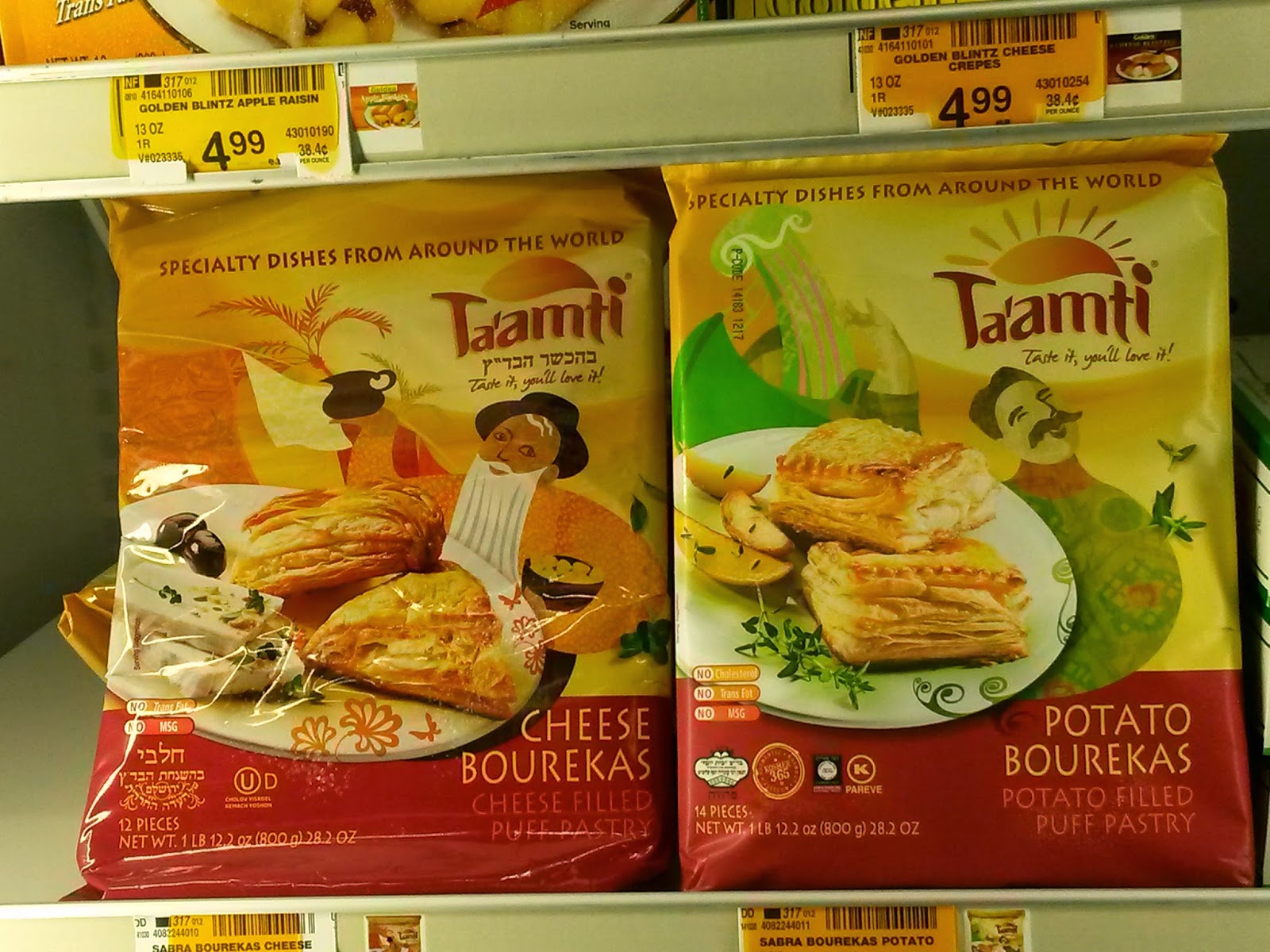 On the upside, they have borek - well, I assume its borek, haven't tested, will let it be so in my imagination...  May have invested in some if they had spinach or cherry, though. 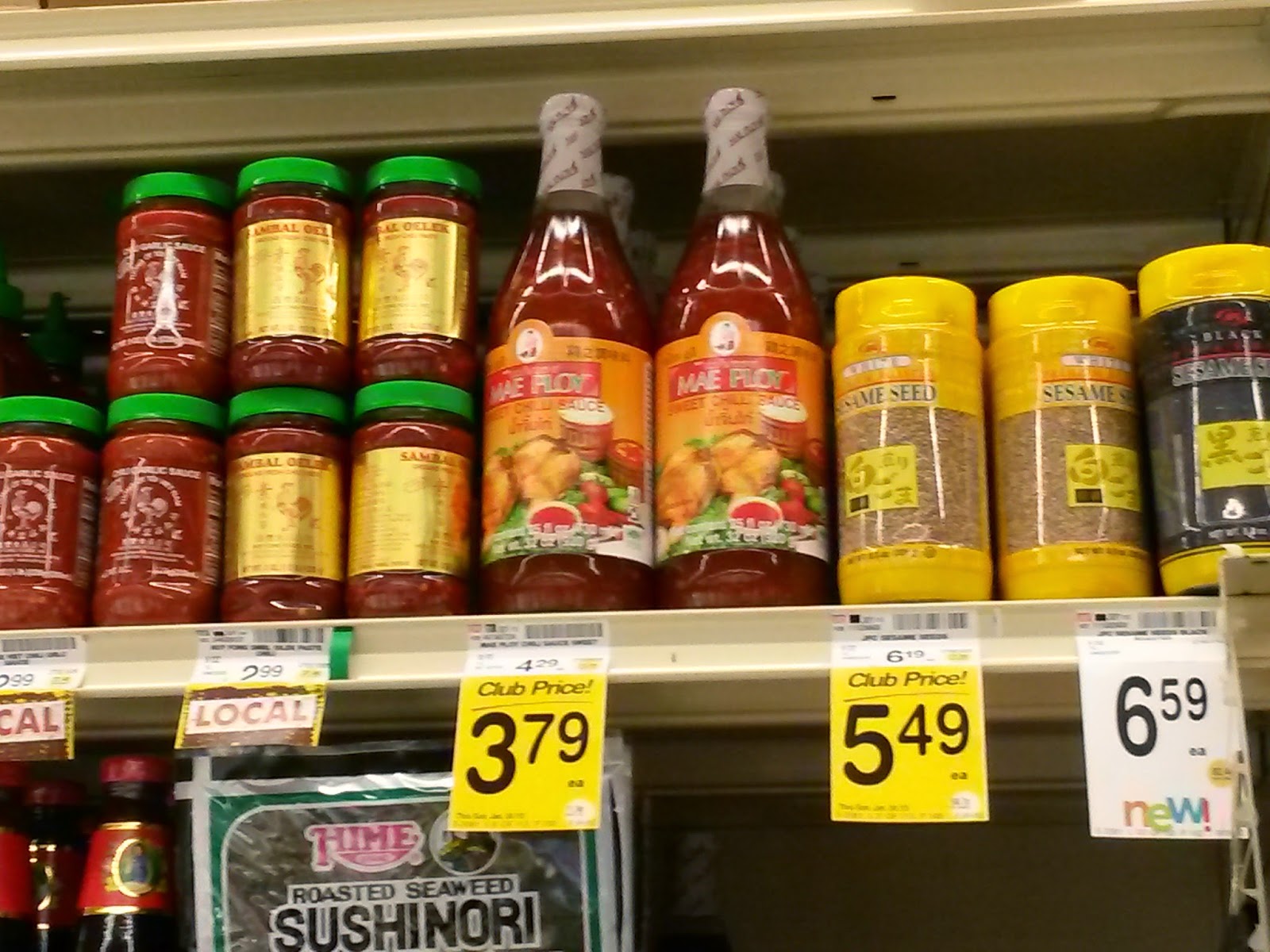 They also have my favourite Sweet Chilli Sauce, so it can't all be bad, can it? 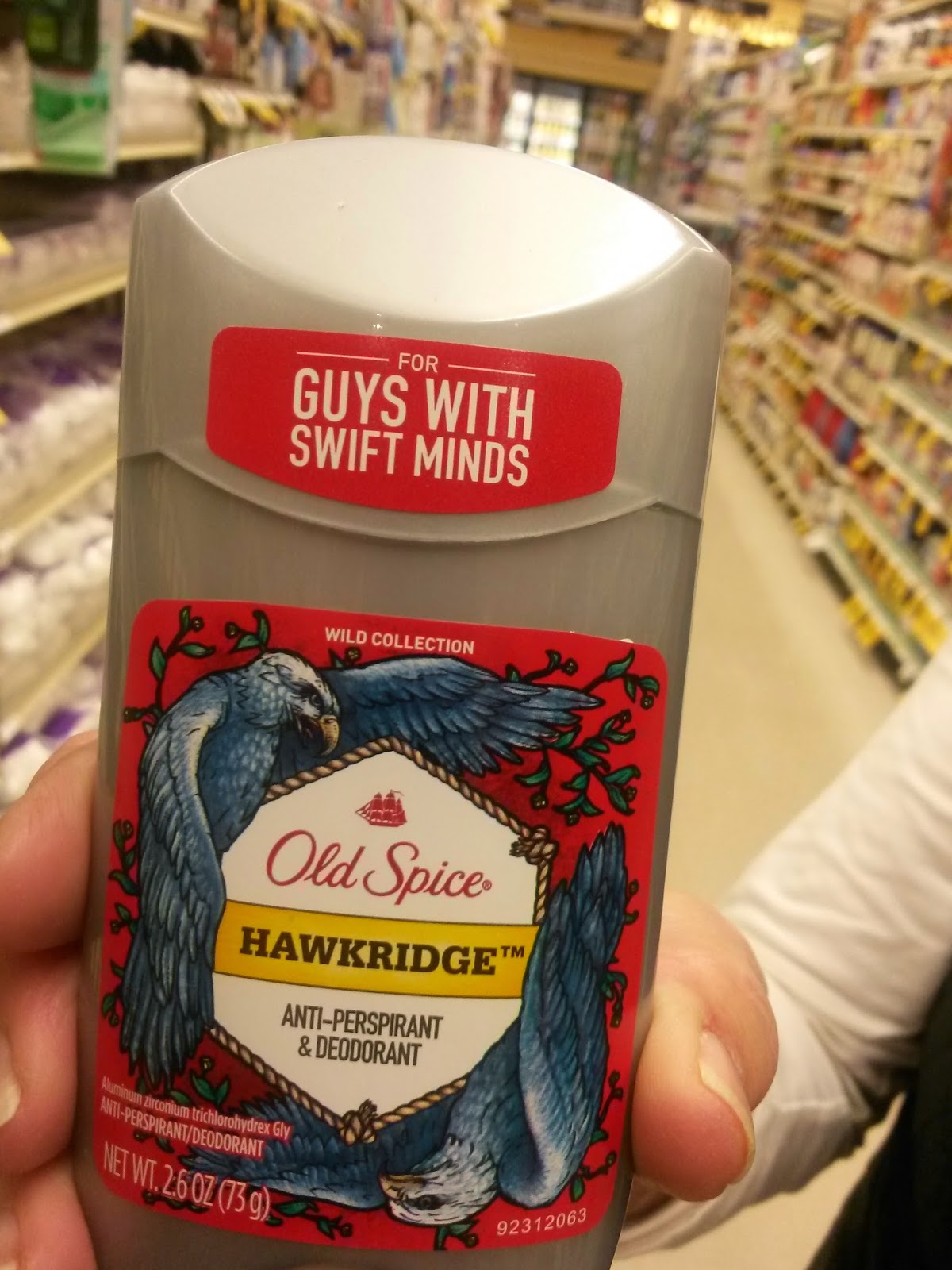 Their deodorant aisle even caters to psychological profiles! 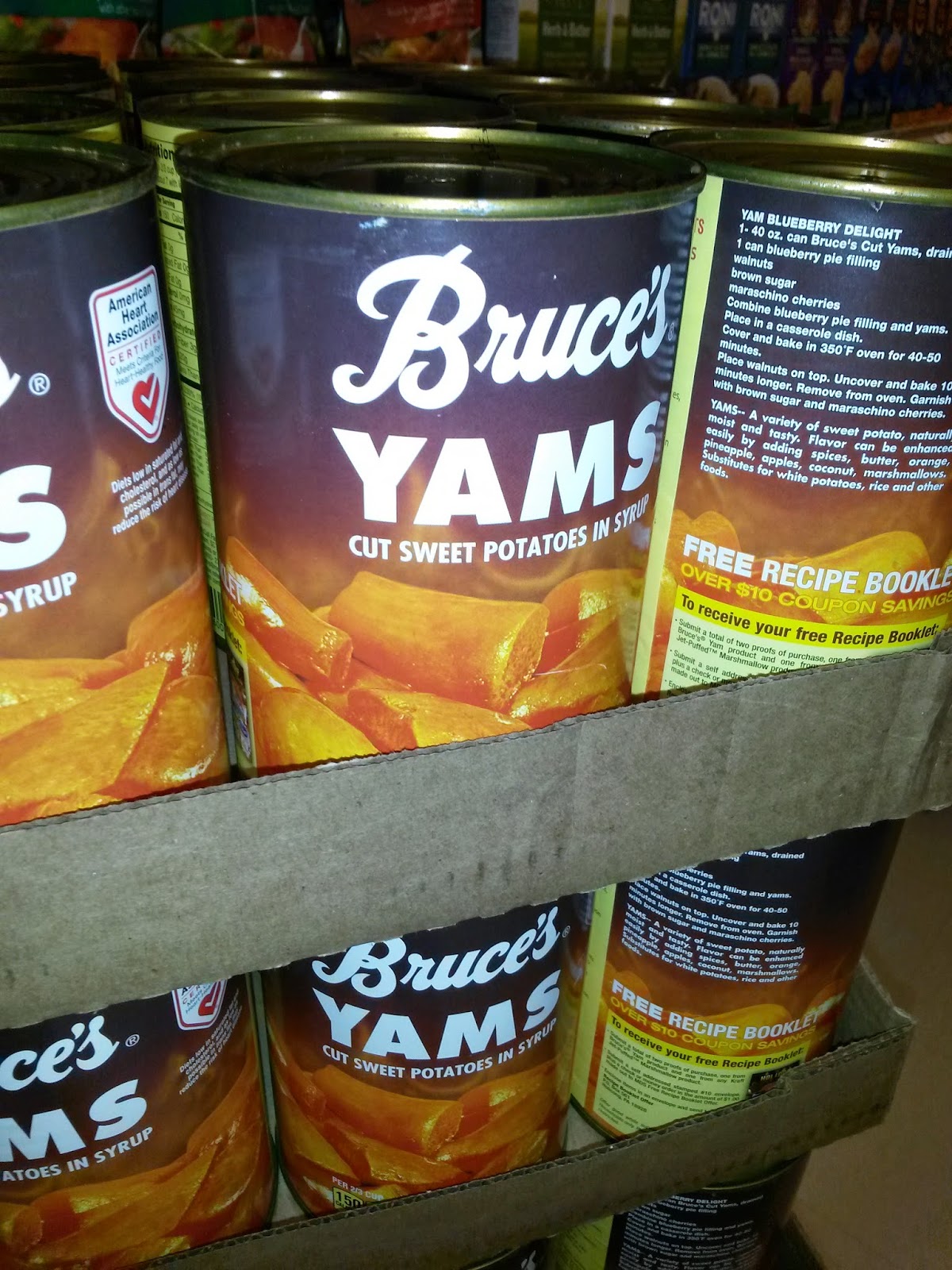 And why go to any trouble, when you can buy it canned, frozen, pre-created and microwaveable?
But its the bits that they DON'T have that has caught me unawares.
The baking section has sprinkles in every shape and colour - but no food colouring;
Gluten-free flour, rice flour, masa harina (oh my dream), and spelt flour - as well as shelves full of mixes and pre-mixes - but one lone bread flour in the whole aisle;
Dessicated coconut is non-existant, while you find the angel coconut in the snack section;
(Prepare yourself for this one)
THEY DON'T HAVE FROZEN Shortcrust Pastry!!!
All in all we have muddled along.  Next trip I am bringing my vegemite and Dilmah Tea, however.
Most of the first week was preparation for Paris' FIFTH BIRTHDAY PARTY - and that involved shopping.  Shops are HUGE and designed to be driven to and between - heck, I am betting that in the next few years, they will be offering bus tours within the shops.  It could just be the suburban stores, but there is very limited public transport and I can only walk so far.
The party was marvelous - we met cousins and second cousins and third cousins and aunts and uncles and had a lot of cake and burgers and Frozen fun. 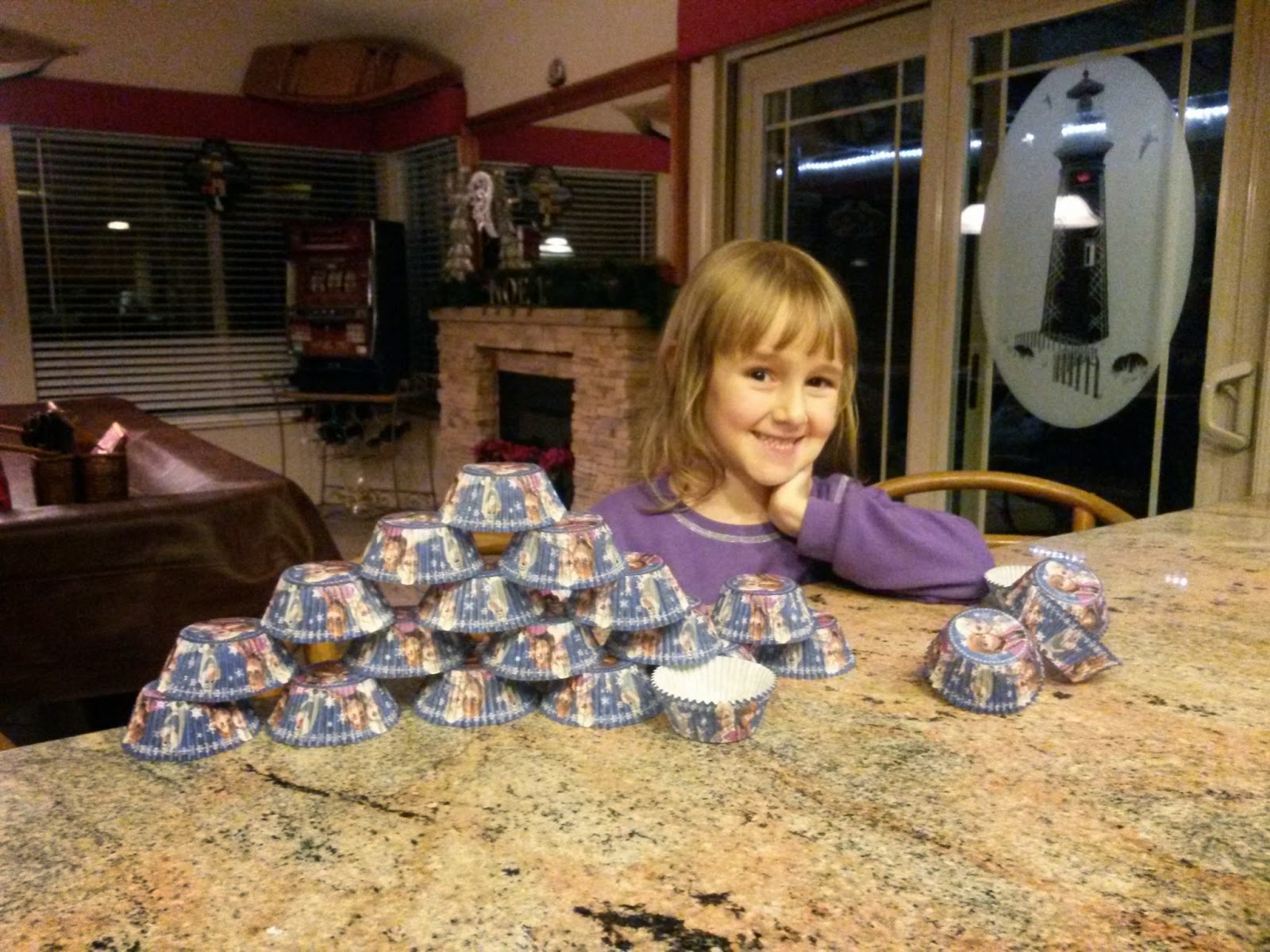 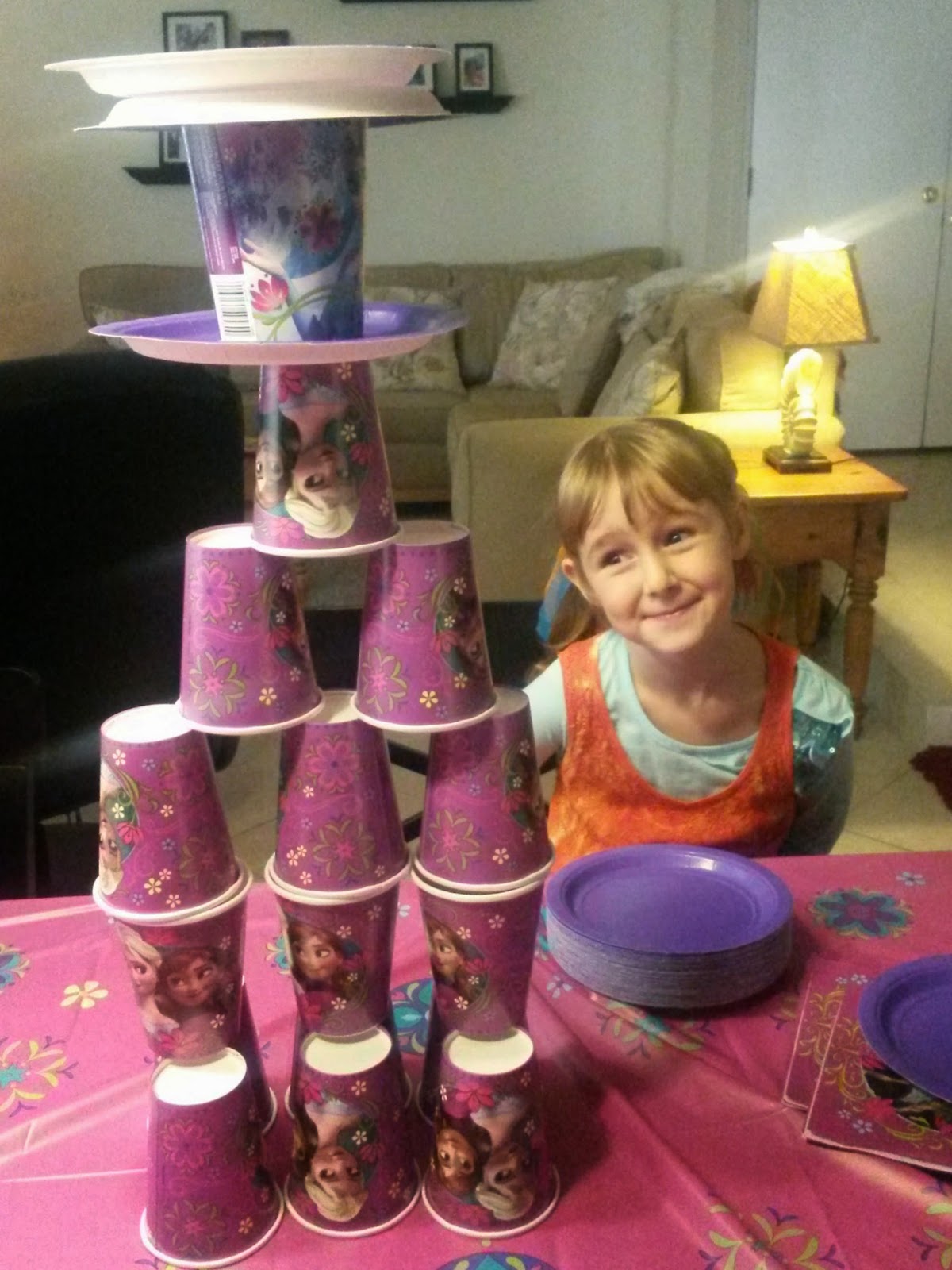 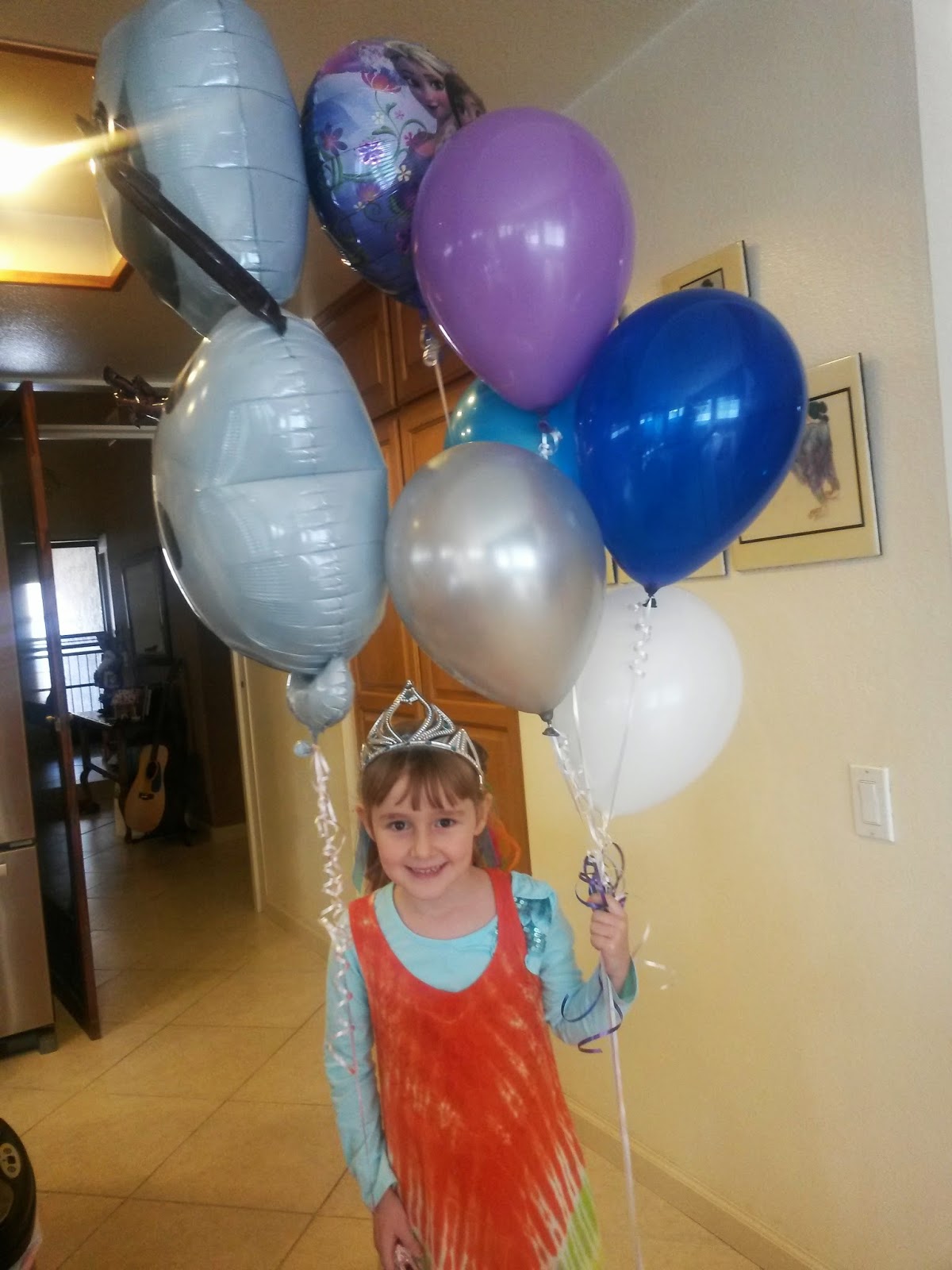 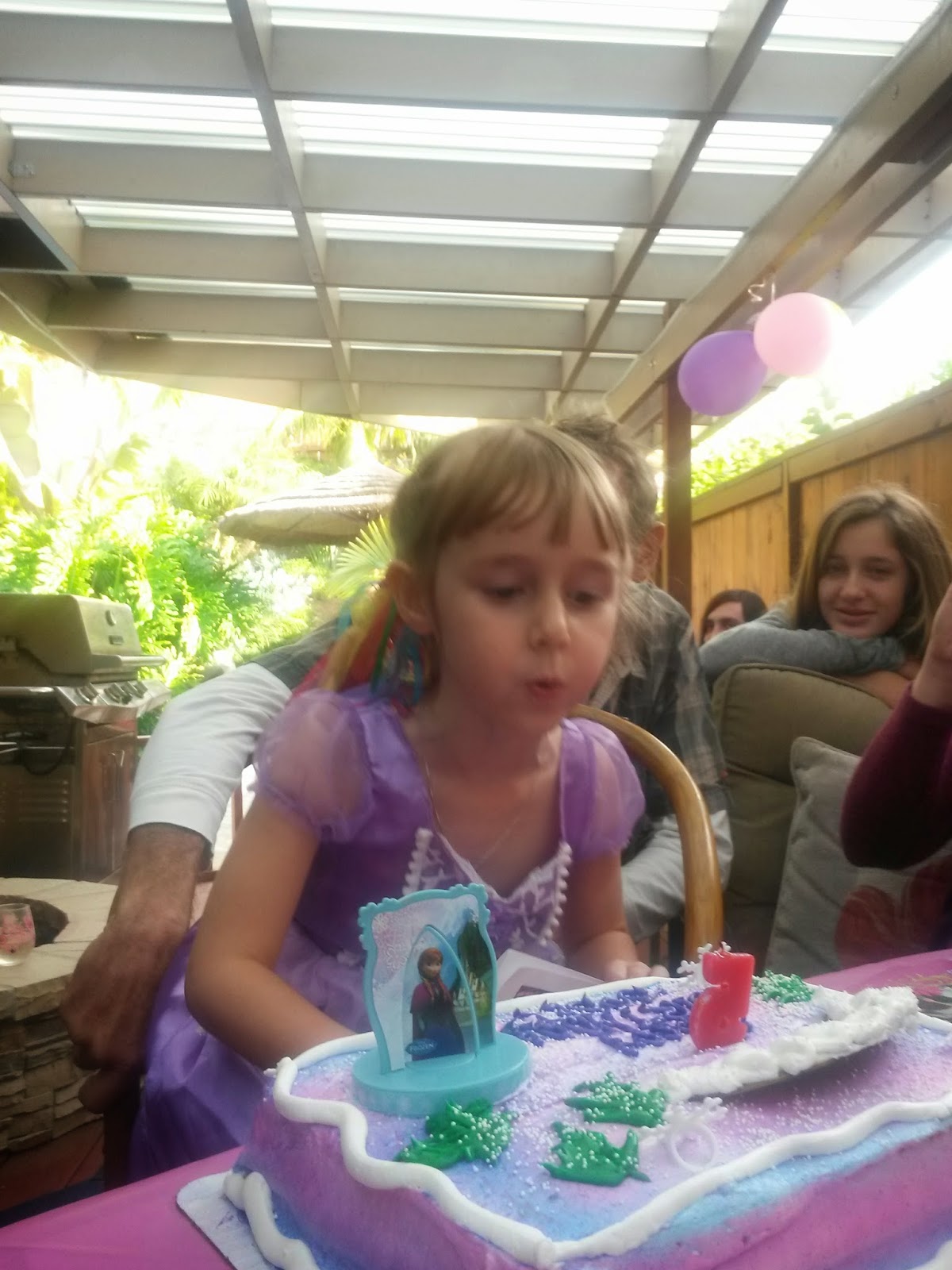 Half of the second week was Christmas preparation (another shopping opportunity), degustation and recovery - although we did cheat and use Australia's Christmas Day for our celebrations, as on the real Christmas Day we.... 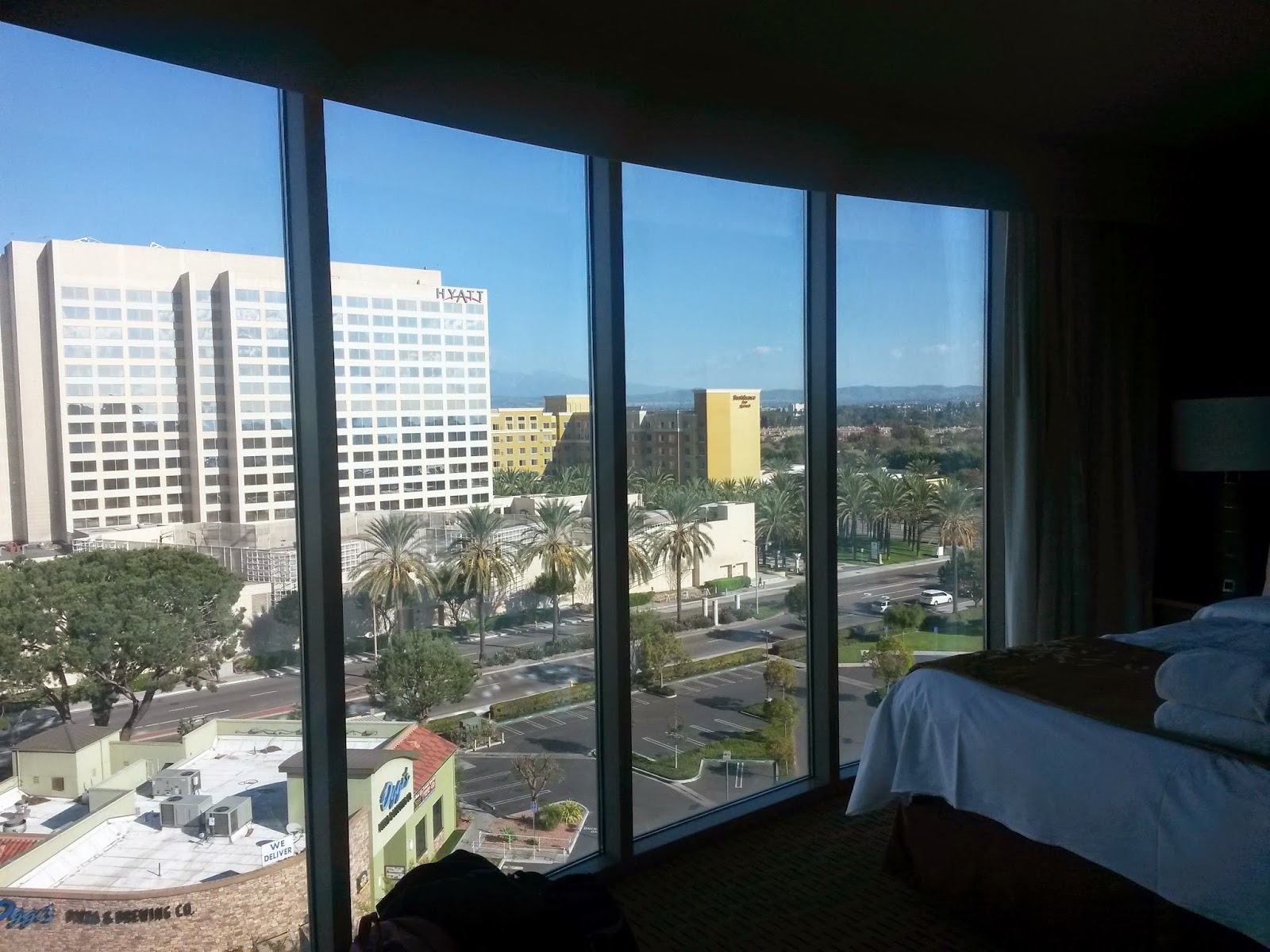 booked into this hotel and became so many ants at... 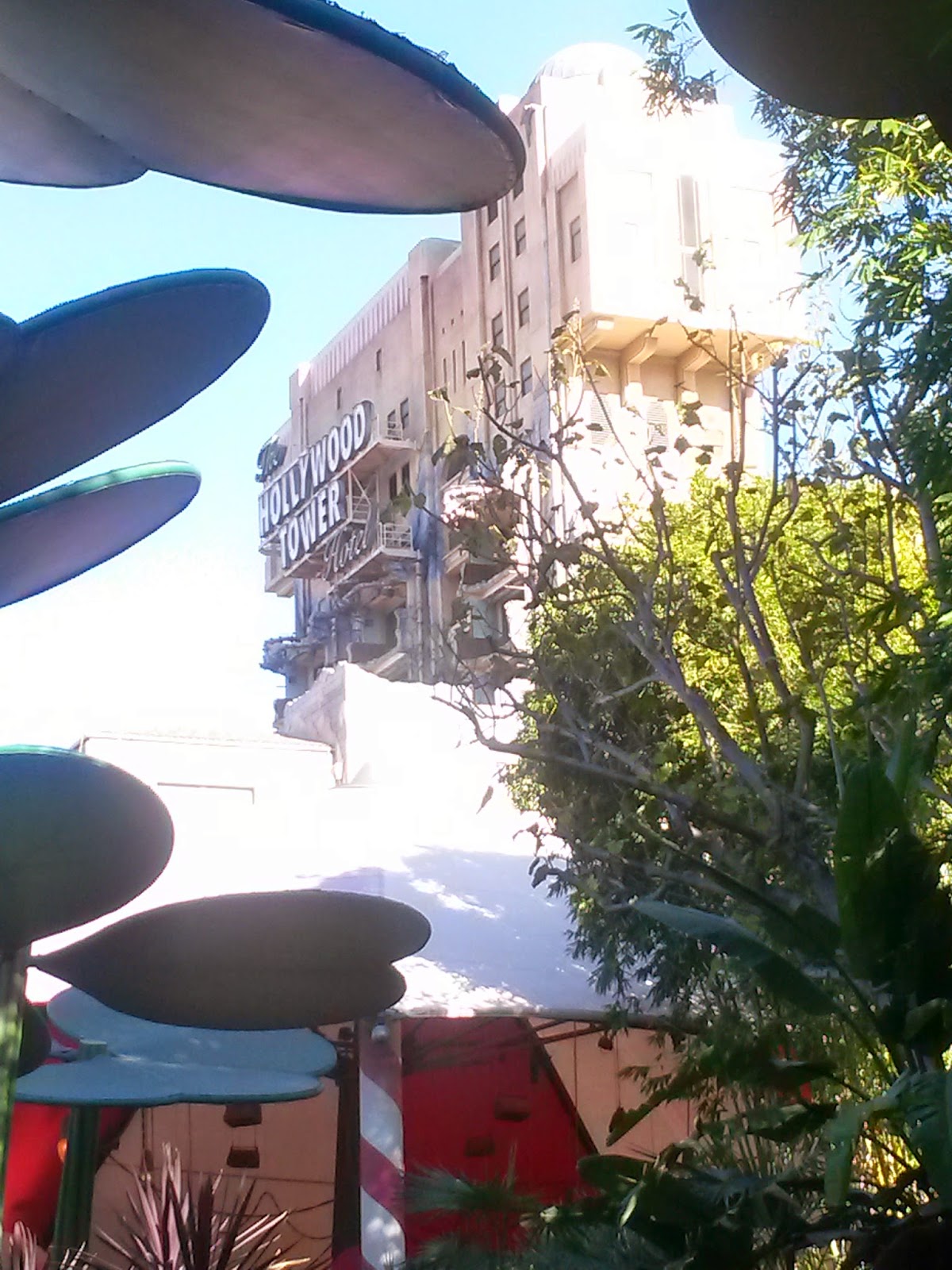 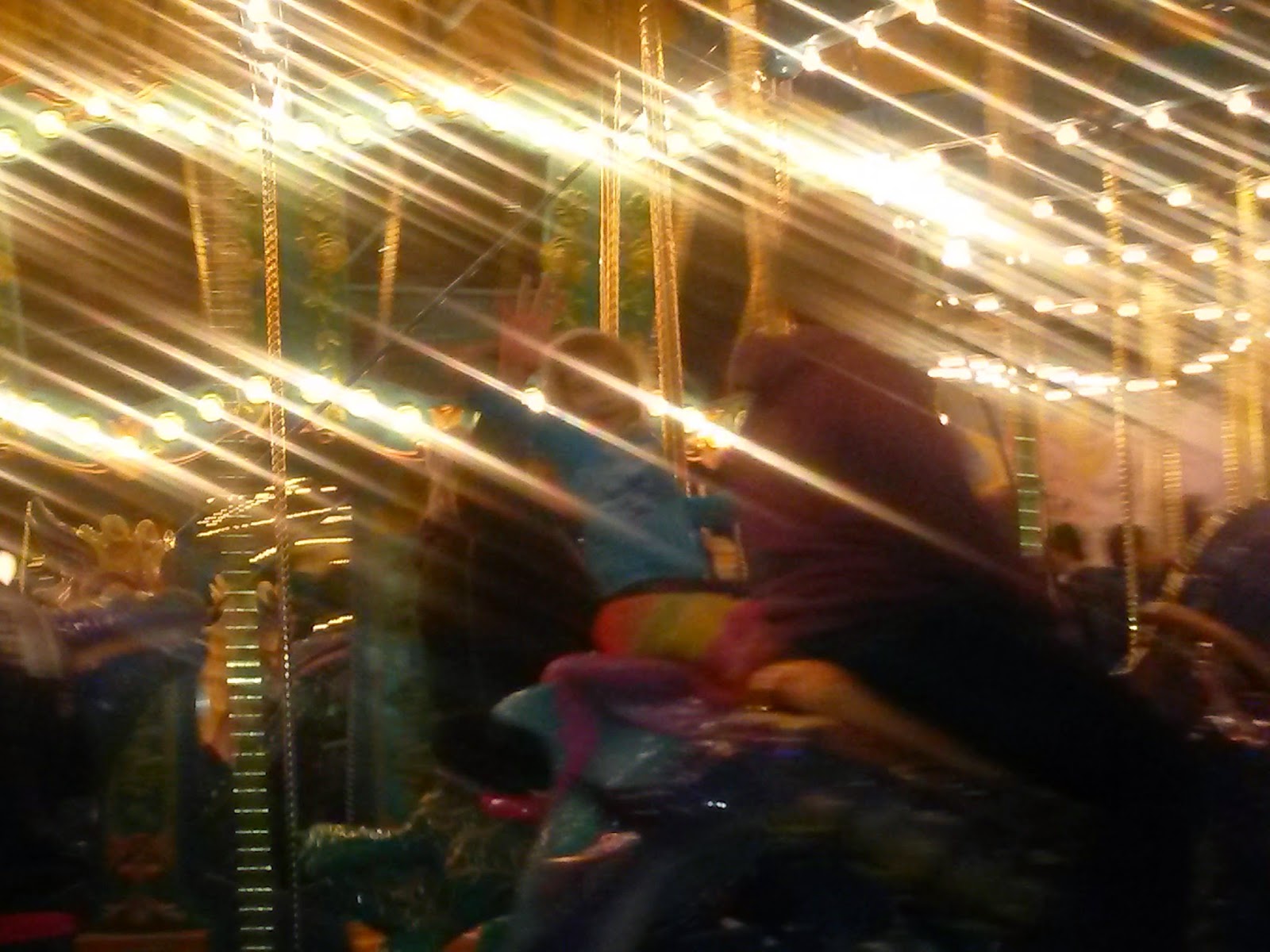 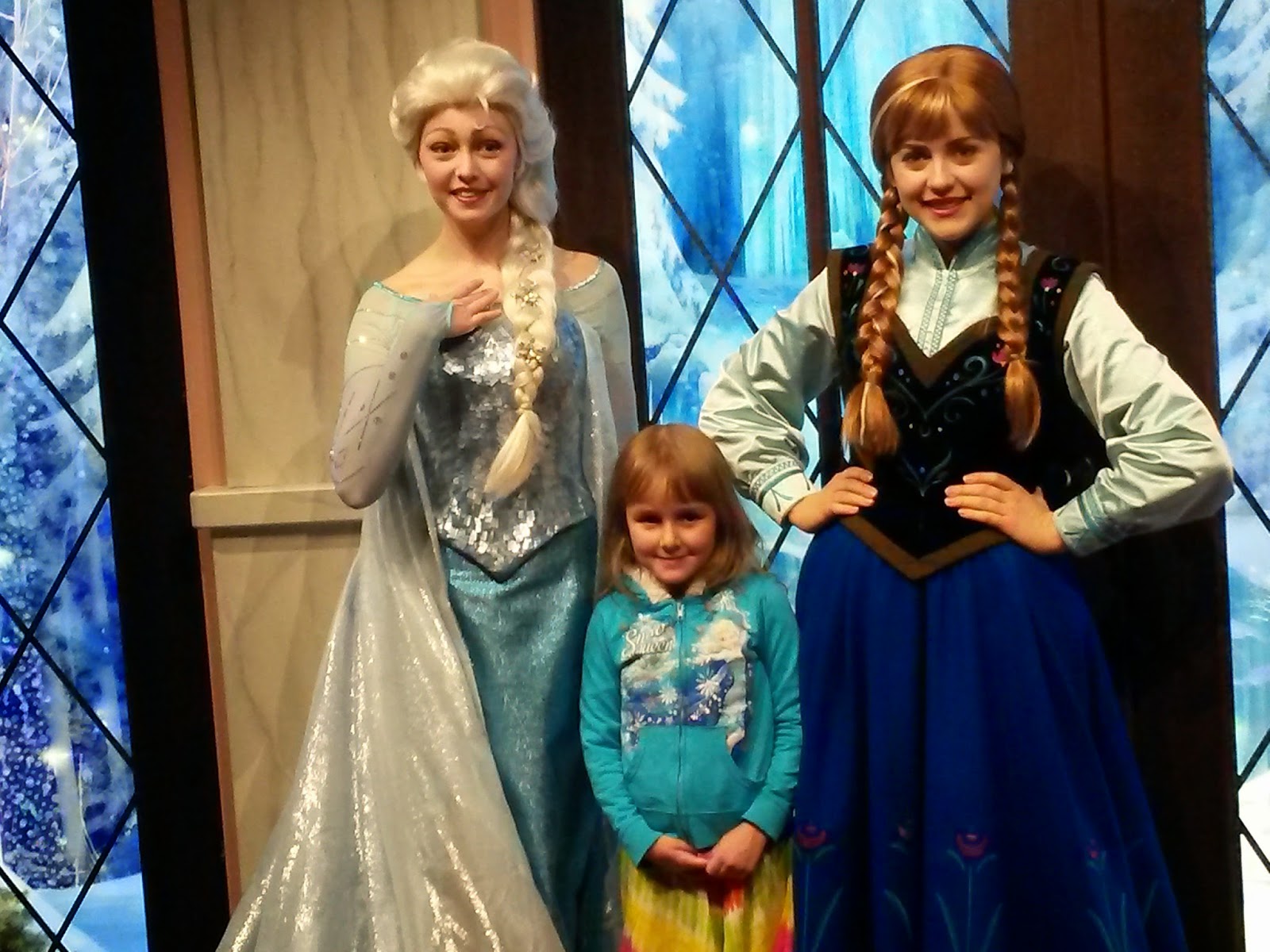 but this was one five year old's favourite moment...   'Salina's favourite bits I don't have on the computer yet, as they involve her NEW CAMERA (she shouted herself for Christmas) and time at Disney with her new-found teenage cousins.
We returned yesterday for a downtime day - just as well, as I (involuntarily) decided to celebrate with a roaring migraine all day...
Tomorrow (and our last week) is the Zoo and Library and family and New Year and trying to fit as much time with V's Mum and his family as possible.
Posted by jeanie 5 comments Links to this post

Wow - did anyone notice December come in?  Bit of a grand entrance and a whirlwind time of it we have had around here...

Firstly, the renovations are edging every sturdily towards a process.

In fact, the end is probably just around a bend or two.

We have a bath.

We have two baths.

One is in and at some point will be out.

One is out and yet to have been notched in.  Yeah.   Look at me.  All technical terms and looking like I know what the heck is going on.  It may well be that by the time our house-sitter is in situ, he will have two baths to ponder and the all but final possibility of having also a shower option - with just one tiny little detail missing, that being the tiles.

It seems that my availability for bathroom renovation shopping sprees is akin to argon (oh my, I love that gas!!), while my lazy time may be my third largest available time frame (after frantic scrambling*   and sleep)  it is so infinitesimally small in comparison to my hectic hither, thither and yon - or snoring - state that sourcing suitable fixtures just doesn't blip.

So yes, the house-sitter does mean that there approaches, at terrifyingly 2014 speed, a departure from Paradise for a short while.

Indeed, a departure to the other side of the world for such a while.

In fact, we are only single digits amounts of sleep away from leaving this country to another - luckily one that speaks the same language, dresses in similar fashion and has a few relatives of my husband contained within, because my brain would probably explode at the moment if I had to factor in having to modify.

My to do list does exist - amongst the pile of paperwork that I have to sort - it says so on my list!

And indeed I did a fair whack of that old to do today.

I decided that part of my gift giving this Yule shall be baked.  It should come as no surprise.  I pull that kind of stunt every year.

And of course, because I am engineered that way, I devised a little spreadsheet system determining what quantities of which biscuits  would be required to feed the known universe fulfil all of my gift-giving requirements still found wanting after the three bacchanalian sprints I have made to provenders of entertainment avenues aplenty - two with a kindy-graduate in tow and once during a lunch half-hour - such spreadsheet system and formulae founded on the above mathematics is a fairly precise art, you can imagine.

I went afield and bought said goods.  Providing for members of the extended clan that find gluten rather rude - and the untimely financial demise of the local independent grocer - meant that I was forced to forage far and wide for required goods.

I could go into details, but suffice to say mineral water sourced from anywhere other than the evilopoly is nigh on impossible.

Molasses - molasses!!!  For goodness sake, I live in a sugar region and I cannot find molasses on the shelves unless it was on some shelf in the health food store I entered seeking gluten-free flour and the bustle of getting from spying such an item and paying for it before I realised the price.

There were three other stops before I reached Aldi.  **  Would you believe that they have gluten-free flour there also!!!  They also had mineral water.

Apparently there is a technique regarding bottles and the conveyor belts at Aldi - and some people get very touchy when you suggest that the conveyor belt operator should be a little smoother - it must be something to do with the awesome savings - and I didn't do the multiple items trick either, but they accepted me enough to offer me the option of knowing what was in store if I returned next week.

But I didn't take their offerings because I am not going to return next week.

Because next week, I will be going to the other side of the world rather than to Aldi.

There were two more stops before I finally got home, and saddled up to 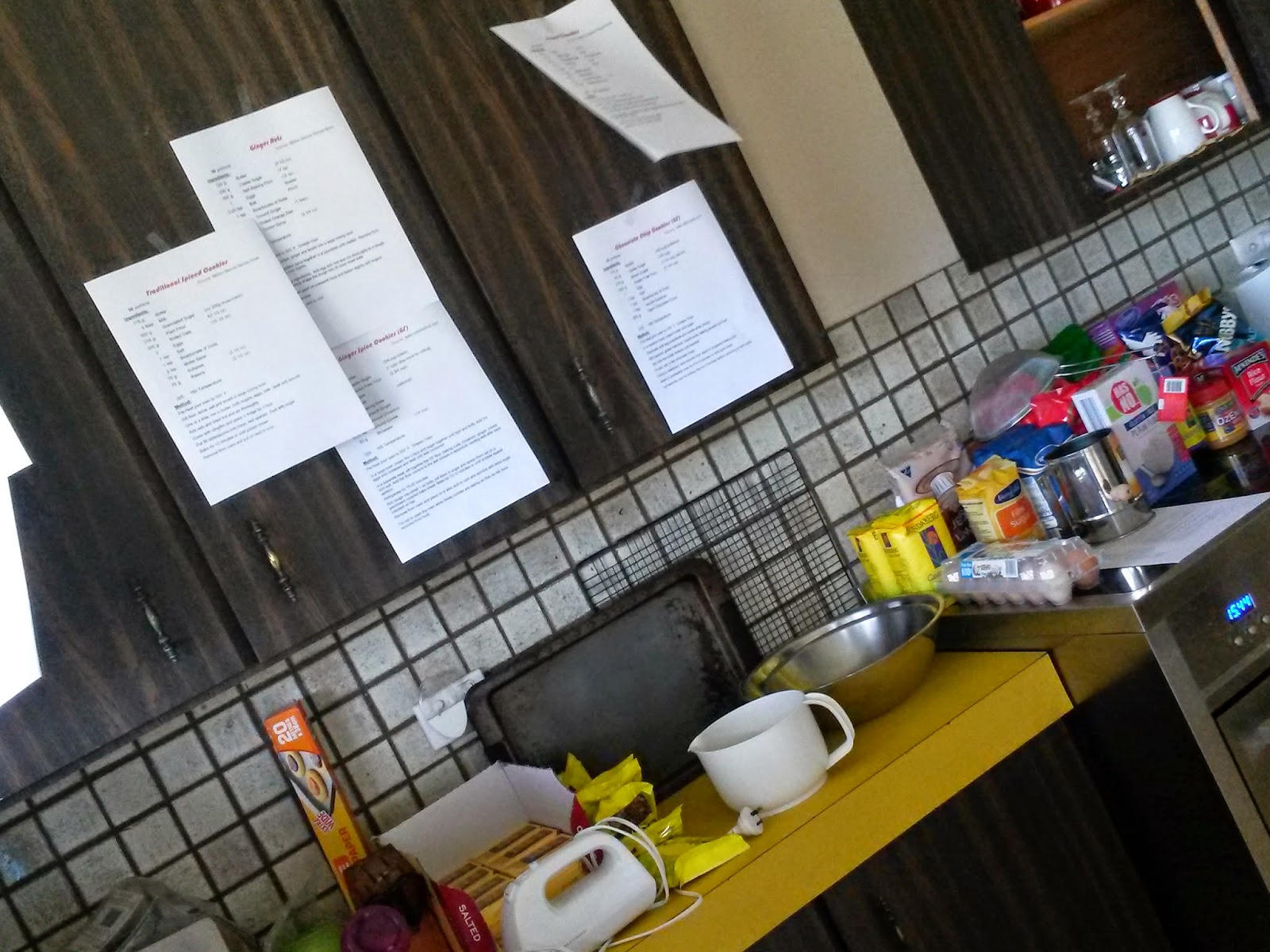 Yeah, it was never going to work.  One simply does not begin baking at 4:20pm and achieve such impossible standards.

Luckily, the gluten-free recipe writers of the world are massive under-estimators.

This Gluten Free Chocolate Chip recipe says wistfully "18 portions".  What it doesn't say is apparently there are about four biscuits in every portion, so if you quadruple all quantities (and may I say, one kindy graduate was more than happy to open 6 packs of chocolate chips for this mega-brew) then the term shedloads does indeed apply.

And might I say Bob's Red Mill does an exceptional line in Ginger Spice Cookies.  Enough for an army - or indeed the revised list of gluten friendly and unfriendly recipients.

As we had well and truly overshot dinner time by this point, I decided it would just be a quick  Shortbread *** romp home - after all, I only had a few presents left to wrap, nearly an inch of grey to contemplate in my hair and a to do list for the morrow that includes all organisational aspects of a weekend vacance.

I am not your organised three months ahead and cards all written, tags all attached and feet up with Christmas lights and cheer for nearly a month.

Christmas for me means a mad panicked dash through harebrained ideas and grand gestures, all culminating on an hour that is about midnight prior to whatever major Christmas event I am focuses on, collapsing with sticky-tape in hand, the washing up to do and - what the heck, why don't I write a blog post as well...

Merry Christmas - and not only do I have it all to look forward to next year - due to the fact that I am going to be on the other side of the world for an actual Winter Christmas **** with relatives unused to the ways of Jeanie, well, I am probably going to have to try and do it all again in two weeks for them...

* consisting of working several different but totally - what is a word for opposite but in three directions? - jobs and the pursuit of air conditioning in my car, fixing my daughter's technological hurdles, mothering a teenage year-10 graduate from afar (albeit a very comfortable afar), mothering a kindy graduate from up close, dental dramas, organising all the paperwork surrounding upcoming international travel, meetings, cooking massive amounts of soups, sauces, cookies and disasters, being a wife, being a daughter, being a sister, being a cousin, being a niece, being a neighbour, being a friend - okay, on those last seven (in no particular order) should be way up the list, I know - telepathy would work so much better if the other end would pick up occasional, wouldn't it?), shopping for presents (being a very slack aunt - its my MO, who'd a thunk it) I also have a million or so birthday presents to catch up on) and wrapping.

** Now, I know there is one camp of people who absolutely always shop there and would never hear a bad word said because the savings!  the amazing Wednesday specials!  The incredibly unique flavour of some product found nowhere else in our country!  And then there are those who are all about its German!  once the line has been crossed, you are giving in to the money-focused force fields!  Nothing from Australia!

Now, I know I am not in the former, because I so rarely go there my kindy-graduate views it as a vacation opportunity.  And while I am on nodding terms with the other group, I do not publicly confess to full membership because I am still friends with many in the first group and I actually like them despite this glaring issue - and it isn't one of the flagship two from the evilopoly.

*** Allow me to mention that I fear some of the great savings made at Aldi today were made BY Aldi, because apparently a 500g packet of Gluten-Free Flour only weights 380g...  Luckily my recalculations ensured that there was more than enough Rice Flour to make up the shortfall.  Ahem.

**** (and truth be told, Bing, some of us never actually dreamt of a Christmas that didn't involve swimming pools, watermelon and afternoon naps)
Posted by jeanie 2 comments Links to this post