(V is currently studying, and has a very difficult design assignment due.)

He came out this morning and said "I had very vivid dreams about lions and sheeps."

How very Aesop Fablish of him, I thought - so I said so.

He burst into laughter. "Lines and shapes, not lions and sheeps."
Posted by jeanie 5 comments

at the moment i have to fast, so i'm watching a show that was taped. On the tape after that was junior master chef, and they were cooking what looked like an angel [not realy, it realy looked like a block of custard pudding with a beautiful sauce, any way...] i felt like eating the t.v. so then mum says 'clear the tabel for lunch' i was think 'but i can't eat mum!!!!!'.

Poor 'Salina - her week at Bush Babe's was cut short by 3 days because she had a pain in the tummy so bad she was crying and off her food. BB took her to the doctor's, who said it might be the onset of appendicitis and get her back here where there is a hospital and medical care available. (Yep - bewdy Qld Health - they live in an area of over 2000 people - the majority elderly - serviced by 1 locum. They have to travel over 200km before they hit a permanently placed doctor, let alone a hospital)

So my yesterday was spent in the car for hours (as opposed to my tomorrow, when I was going out to collect) to meet them half-way and bring her home. She was fine by the time I saw her, well enough to have dinner and sleep.

At 2.45 this morning she woke me in tears because it was back, and so after a chat to Mr 13Health gave her a panadol and then took her in to the hospital when there was no improvement.

(Side note - the $40 million upgrade to the hospital includes the BRAND NEW emergency department. Still shows blood on the floor, though - enough to show just how shoddy the attempt to clean up the trail of blood from a previous client truly was. Acoustics are still the same the world over - its only in emergency you get to catch up on the social life of the nurses of the world. We all agreed the male nurse would just have to let go of the argument about his girlfriend adjusting the shower head.)

The doctor (who I think studied medicine about when Menzies was elected) with very squeaky shoes gave her a thorough checking over, to declare it was NOT appendicitis but Intestinal Colic - a common ailment cluttering the hallways of Emergency Departments the world over, and adequate pain relief should cover.

5am we left to see the sunrise, learn that special machines are used to polish the pedestrian crossings, find out my blood alcohol level was indeed 0.00% and chortle over the foamy fountain some prankster had added detergent to.

Since getting home, Dr Google has told me that Intestinal Colic is a symptom, not a diagnosis - and (as the doctor advised me) from a myriad of causes; many (including our GP's receptionist) have given me anecdotes about how no-one should ever rule out grumbling appendixes (appendici?) as they can flare without warning and cause many anecdotes (if not death); and dd has had another attack to the point of tears.

Aargh!! Of all the strings to my mother bow, medical matters are totally absent (I will change channels should anything medical ever surface on my screen - heck, I will walk away from the television and do the washing up rather than watch such stuff) and therefore I am clueless.

What should I do (other than offer pain relief and hope she will get better)?

(And oh yes, I am still (obviously) imperfect...)
Posted by jeanie 11 comments 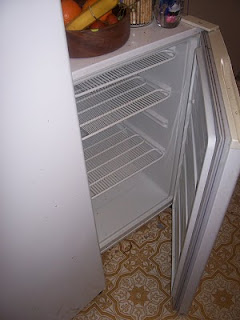 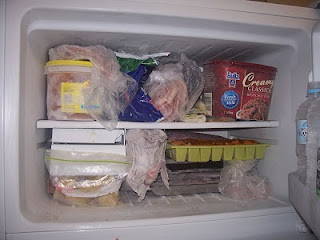 Anyhow, to round off the imperfections.. V had a spatial problem with the downstairs freezer, and so placed his charges in the fridge section. If anyone wants pies or fish fillets, they are now thawed for your convenience...
Posted by jeanie 8 comments

Kate at Picklebums had a great post last week - go on, read it - I'm not going anywhere.

Do you know how hard it is not to gloss over the little fissures that make up my life and just give you a glib "nothing to see here" - and how easy it is to not post at all when life is not peachy or easily glibbed?

As a result, day 1 will be a gentle stroll into the dark side... 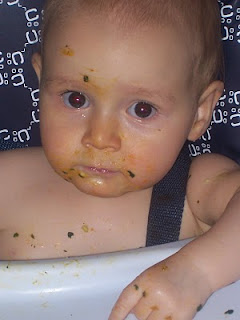 Title of the above - "Naked Paris Enjoys Cracked Ice Yoghurt".

That will get the search engine numbers humming...
Posted by jeanie 7 comments

(Warning - this post has the potential of going outside of the G rating zone I stick to - there is sex, tail tagging, near death experiences, swearing and horror. There are even pictures.)

Our household consists of two adults, two children (one big, one little) and a cat.

Because we have the cat, the fly screen to the kitchen is permanently open - so our household would consist of two adults, two children (one big, one little), a cat and a million flies were it not for this guy: 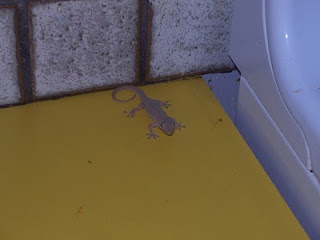 So really, our household consists of two adults, two children (one big, one little), a cat and a gecko.

Anyhow - as of today, our household consists of two adults, ONE child, a cat and a gecko because the big child is on holidays at Auntie Bush Babe's for the week.

Resultantly, all humans currently in the household were in the kitchen this evening, preparing a lovely meal of tuna, onions, garlic, lemon, tomatoes and feta (it was delicious) when we found out something about our household.

It is not a household of two adults, two children (one big, one little), a cat and a gecko.

Indeed - it appears to be a household of two adults, two children (one big, one little), a cat and at least two geckos... 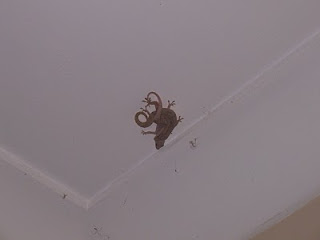 Yes - a household of two adults, two children (one big, one little), a cat and potentially many, many geckos.

It is hard to concentrate greatly on the doings of the dish when the doings are stuck to the ceiling and going at it like - well, like tantric dummies really. The gecko has staying power, I must say, but as to the mutual joy I admit I heard no sighs and saw no cigarettes...

Anyhow, at some point the cat joined us in the kitchen and after a moment or two, with a loud THUNK the geckos disengaged from each other AND the ceiling. This perked the cat up no end - and he pounced on the less fleet of foot.

Gecko 1 was last seen sneaking off behind the microwave, no doubt feeling a bit stressed that the afterglow of passion was diminished.

Gecko 2 was cornered by the ginger ball of fluff, and did what geckos do in such situations, dropping its tail which wriggled across the linoleum. Unfortunately the Eddie is far too dense to be taken in by such shenanigans (okay, he probably didn't notice it) and pounced on the remaining 7/8s of gecko 2.

I screamed. Paris was intriged.

V was dispatched to open a window and arm himself with the dustpan and brush. He hunted Eddie and his prisoner down into the lounge room and somehow freed the prisoner (my hero) and gave Gecko 2 an express trip to the wilds of outback Paradise.
Posted by jeanie 11 comments

Today I discovered that Bloglines is closing down on October 1.

Its like letting go of a security blanket...
Posted by jeanie 4 comments

Me on this blog much.

Still working like a chihuahua paddling the Pacific - feels like I am going nowhere but at least we haven't been dragged under.

To make life just that little bit more interesting, Paris isn't going to Daycare any more. 8 months old and already she is having problems with authoritive figures...

How is next week for you? I intend to give myself a half-day SOMEWHERE to do fun stuff (like mow the lawn, clean the house and maybe blog).

Missing you all.
Posted by jeanie 7 comments