So I was having a bath. 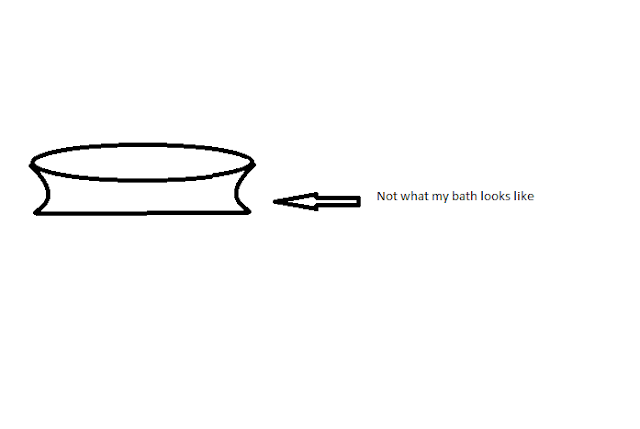 (no, not for the last 4 1/2 months - although there be former flatmates who may attest that I have attempted such in the past - I was doing other things, like trying to remember to put all of my passwords in a safe place so I wouldn't have to do the whole find myself online again malarky I go through every quarter or so to update my blog) 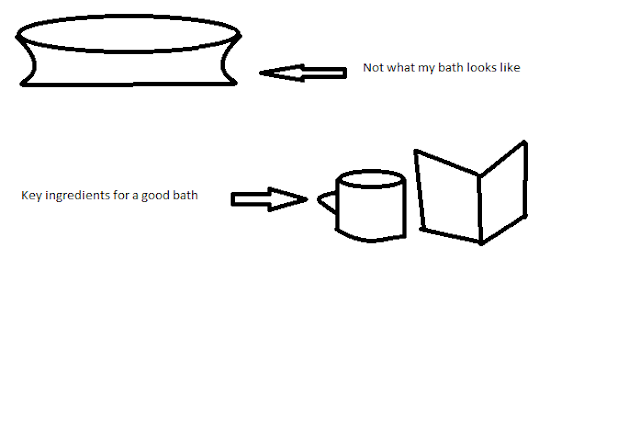 The book wasn't that crash hot, but Paris was in bed (hooray) asleep (miracles) and I didn't have any work needing my attention that evening (hallelujah).

I was teetering on that precipice of deciding whether the book was worthy of persevering with or not.  I am old enough and have wasted enough time on reading to be fairly ruthless regarding what is worthy or not - it doesn't just rely on literary merit (heck, I don't mind a bit of trash in my voracious diet) but also on whether I actually can be bothered with the main character - and she was getting on my nerves in the first 15 (crucial) pages.

However, as I said, water warm, no humans in need of me - teetering.

When I was pushed - by an ant. 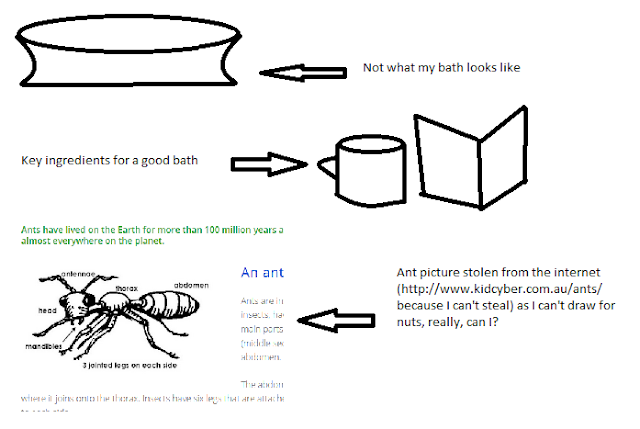 I know!  Me too!  What was an ant doing in my bathroom - let alone bathtub!!

Apparently, finding my neck rather tender... 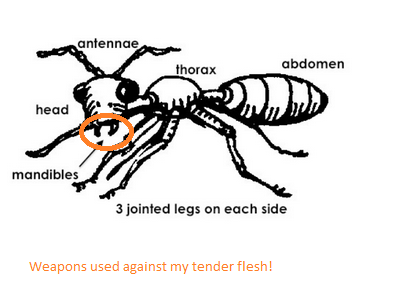 I grabbed him (or her, really, isn't it?  We actually had an Attenborough thing on ants today, and they're all girls) - so, I grabbed her and she was HUGE!!! 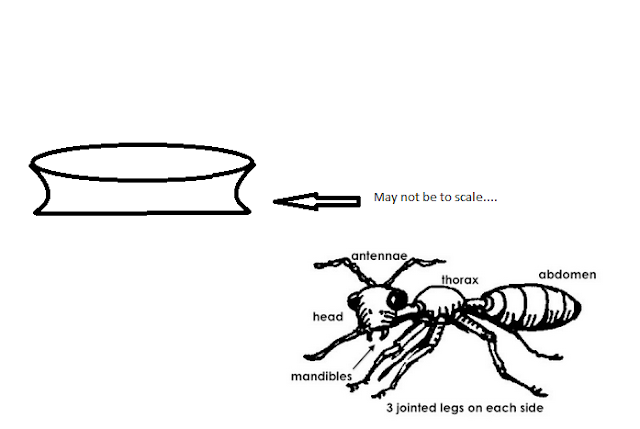 Well, probably not that big, but big enough to shriek at and fling - into the water beside my knee.

Double eek - I didn't want to condemn her to death - just because my neck had got in her way doing whatever she was doing in my bathroom - and so I tried to sort of swish her to the side.

Funny thing about physics and waves and water - that which swishes, swishes back, and so the more swish I applied, the more back towards my knee she came.

I then tried to push a wave towards the end of the bath, and at first it seemed to work - she went past the knee and calf area, and was almost at ankle-entry point when the swish-back interfered again with my cunning plan.

Not only did she swish back, she swished back quicker and on the crest of a wave, it appeared!

When she was back to almost knee level, I dropped the whole "don't want to condemn her to death" stance for the more selfish "don't want her taking me down" viewpoint.

I threw down the book and grabbed the washer - and in the ensuing mayhem, LOST SIGHT OF THE ANT completely.

She didn't appear to be on the washer (although my eyesight is dodgy at the best of times)...

Dear god, I hoped that she wasn't on my body hiding out somewhere?

I frantically washed and emptied the bathtub, calling for V - who failed to respond (probably because it was yelled at a very low level, so as not to stir Paris - and probably because I yelled it at normal Jeanie-range, which is not always at normal V-hearing range).

I eventually dressed with dread, fearing that every fibre on the surface of my body would ping to the presence of the ant at any minute.

I think I may be showering for the next few months... 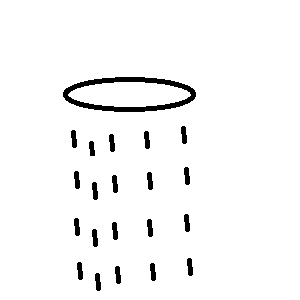 Anyway, that's my excuse - what's yours?
Posted by jeanie 4 comments Links to this post