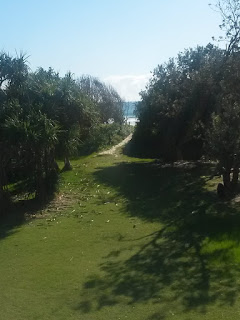 I am currently in a paradise that is away from Paradise, sharing a house with a dozen old friends of an old friend.

In other words, I am on a five day, four night cruise away from responsibility and care – by the beach. 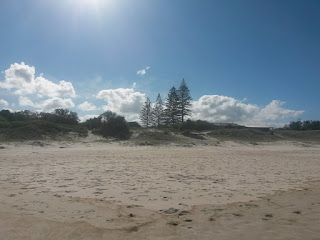 So - to set the picture - a lot of food, a lot of laughter, a lot of libation, walks along the beach, fishing, being tempted by the ocean - and a few games.

And - well - there was this scrabble challenge, see.

And in this scrabble challenge, perhaps had life been kinder in its tilt of the tile bag towards me, this post would not have been writ.

Now, I must admit that I was pretty cocky at that point in the game.   I could consider it IN. THE. BAG.

I began my combat with a modest 16.  Making 16 points out of a 7 point hand is pretty impressive for an opening parry.

And then both Js responded with the EXACT SAME scores.

Do you know that slow, comfortable lethargy of friendly competitiveness?  Yes, well, I thought THAT is what fell upon the game.

My next thrust was a triple-word score (I almost typed “tripe-word) 24 – to be rebuffed with two mid-thirties jabs.

Now, I would hate to say that I am any colour of sore-loser, but when I reviewed my options at the next juncture, I knew that it was all over, red rover, for this little black duck…. 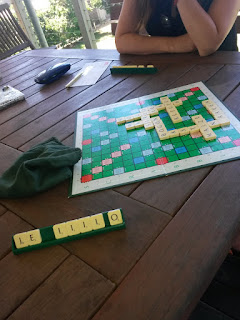 I had started to corner the market on the second-most useless vowel in the modern day alphabet – neatly accentuated with the letter J.

I will tell you one thing about a J (the letter, not the two ladies I was playing).

It does not occur naturally without a U.

The sudden realisation that the limitations of my lot would lead to my scrabble purgatory.

Do you know that slow, comfortable lethargy of friendly competitiveness?

Yes, well, THAT was gone.  There was a momentary panic, followed by an attack of the giggles.

I contemplated inventing a totally new language to incorporate the possibilities of such a range.

The Js were forgiving enough in their refusal of such blatant abuses of the rules as they could see from my demeanour that it was useless to be stern.

In the end, I managed to exchange one I for a paltry 4 – and even that 4 was a better placement suggestion by J1 than the 2 I had found…

I then got to observe the most gorgeous battle between the Js, with my role being to make about zero per cent influence on the game outcomes. 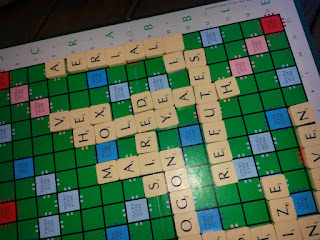 There were spelling and meaning challenges.  There were two- and three- way word solutions, there was even a 7 tile-word on a triple-word score.   The 50 point was regarded a bonus and not a word-score. 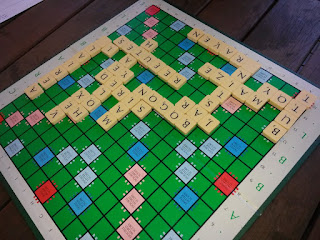 This mattered much less to me – whose words occasionally got a little bit more than 5 points – than it did these two goddesses of scrabble.

In the last sweep of the bag, I managed to find something to save me from a double-digit demise. 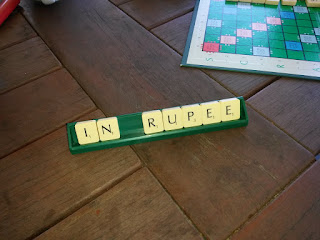 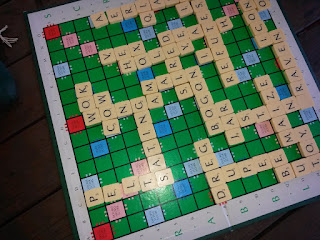 (although cricket die-hards would possible argue that).
Posted by jeanie 1 comments