Despite the fact that 4 of my last 7 posts have been recipe based, I am definitely not what you would call a food blogger. 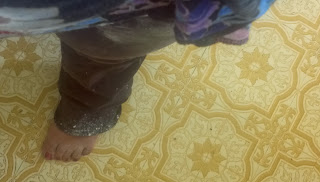 For a start, a food blogger would have their toenails painted, the floor more tasteful and thinner thighs.  Its true - that and the whole floured hem probably gives me away as not a food blogger. 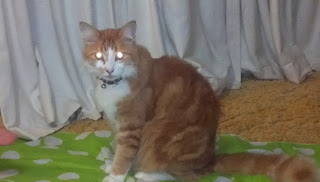 Golzeme is something I discovered a couple of years ago.  An awesome little local franchise, Sunshine Kebabs, offered it as a special.  As I was holding a one woman attempt to keep such a fantastic little food outlet on in this little backblock, I tested it - and fell in love.

Alas, one woman was not enough to hold back the economic requirements to sustain such a great fast food option.

We have a McDonalds now.

It saddens me greatly.

But I have since discovered how easy it is to create your own Golzeme without having to hunt down rare food outlets.

Golzeme is basically Arabic for toasted sandwich - only the sandwich is thin and has an awesome texture and the contents, even if they are pedestrian, are brought through as such an intense flavour. 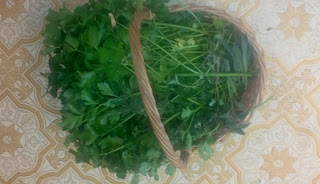 There are two Golzeme recipes that I have discovered that are completely different from each other, but both so simple.  I am not going to actually rip off their recipes.  I suggest you chose either one of the following dough recipes:

The softer and slightly more involved yeast-based recipe from Taste *

or the zingier, easier, thinner yoghurt-based recipe from Best Recipes ** 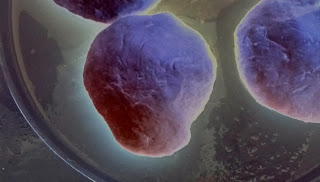 I have been on a bit of a Golzeme jag of late, and even made a sweet one (apple, cinnamon and brown sugar - inspired by the Croatian mother-outlaw's feed the masses on the smell of an oily-rag culinary school) last week as I had 15 savoury leftover stuffed ones and no filling for the last crust! 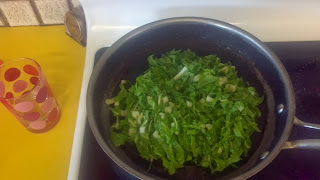 The main rule of thumb is to have great ingredients - I use leftover roasted or steamed (or salad) vegetables, fresh produce from the garden, whatever may be on special - you are only limited by your imagination. 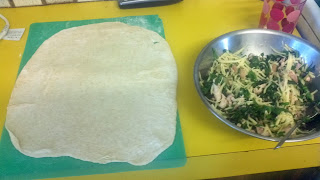 Until recently, I would have said that you have to have a cheese of some sort, but I forgot when doing some last week and discovered that it isn't necessary - nice, but not an insurmountable obstacle. 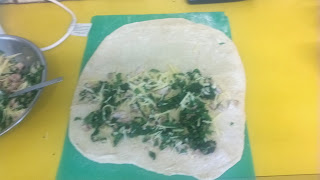 Honestly, the most challenging thing about this dish is working out modulation of temperature to cook the dough enough but not too much! 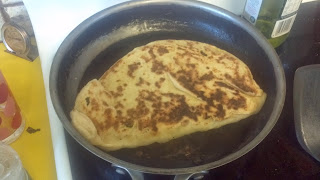 I love it with a wedge of lemon.

So - what is your food crush?
* I do not apologise for the fact that, being brought up in Central Queensland with the heritage of "English/Irish/Scottish/French/German/whoever else invaded distilled through Australia", I sometimes access my exotic cultural fixes through mainstream media.  My mother learned to cook at the lap of the Australian Women's Weekly.

**  I am, however, open to anyone who has a fair dinkum non-Western recipe for me and if the ingredients are available in Paradise I will give it a twirl.
Posted by jeanie

As I am on both a bread-based recipe kick, as well as one involving food-with-international-flair, I shall soon attempt to create a golzeme. Your fault! :)

More than willing to accept blame, Misty. And any test pieces.

I need this in my life.

Honestly, Kelley, the yoghurt based one is so low maintenance and the end result is so good that it should come with a health advice warning of the possible side effects of contentment and peace.

Should you ever visit Paradise I am more than willing to have some I prepared earlier to give you.

There's certainly nothing this exotic in my area (though I could drive a couple of hours and find it) and it looks quite delicious! I'm sure I would be a fan given the opportunity.

I have broadened my culinary horizons by watching food shows (and reading blogs!) and have attempted a number of more exotic things at home. It's fun! Otherwise....I lean towards Southern (US) home cooking and Tex-Mex.

That is the good news, Kelly - if you have self-raising flour and yoghurt, you CAN have something this exotic!!