I learned how to make lard pastry on Sunday.

My lovely next-door neighbour - Queen Jean -  is a dab hand at pastry.

She is an amazing lady.  She is the same age as "the other Queen" and I swear, there is a portrait of her somewhere.

But she has had an interesting few years - her life has been made up of interesting years.  For a lady who had hardly left her neighbourhood for over 40 years, the second half has been a whirlwind.

She had only recently returned from a few years of interesting, and the sudden transition from being constantly in the presence of others to - nothing - with not enough books and not enough dvds - to keep her from rattling, well, she has been rattling the cage and discovered where the rungs are most malleable.

But one thing she had not turned to during this time was cooking.

Her daughter had arranged for meals to be delivered which meant that she did not technically have to venture forth for too many grocery items and she would be not be nutritionally bereft.

Last week, I asked to write down her pastry recipe.

She has always done pies due service (and above) - even when we first met, she would sneak over her offerings (and sneak away from her fourth husband (but not her best)).  There was this one sausage and egg pie she once gave V that has folk song status in our house.

When she admitted she had not cooked a pie "for years" she got in mind to get a few apples and making a pie.  She did - it was fantastic.  I begged that she let me know how she did it.

It is amazing how offhand she can be about her signature dish.

"Take a cup of flour - it doesn't matter what sort - and half a cup of fat" she starts.

"Butter?" I ask.  "If you must", she responds, "put a little butter in to make up the quantity of " and the word gets lost somewhere in the last 94 years. 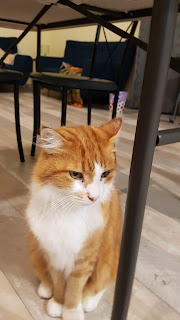 (You and me both Ed)

"How about I show you" she says.

We wash our hands.

QJ: About a cup of flour.

Me: What sort of flour (she has used self-raising)? 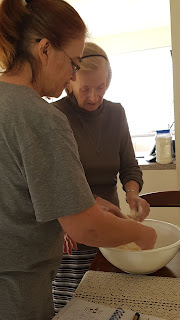 QJ: Any sort, it doesn't matter.

The secret is light fingers.

We wash our hands and  take off any rings. 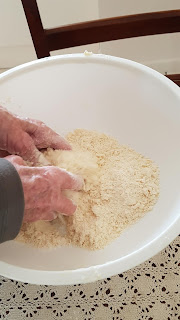 Rub the flour through the fat.  Just your fingertips. 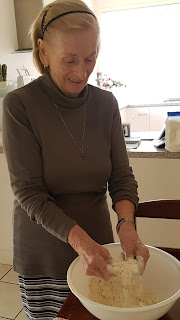 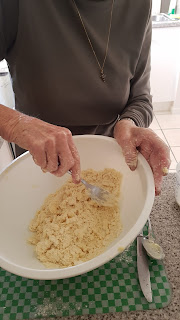 Onto a floured surface, roll out enough for the base.

I am using a wine bottle as my rolling pin now.

Don't push - just roll across until it is the right size.

Use a little of the grease on your pie tin.

Try to get it over the middle.

Fill it with stewed apple that has had just a sprinkle of cinnamon and sugar.

Roll out the lid and pinch the edges with your fingers. 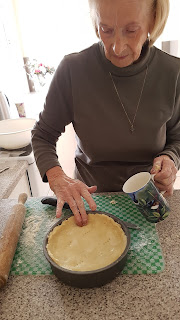 Brush it with the egg wash.  (I always just use my hands) 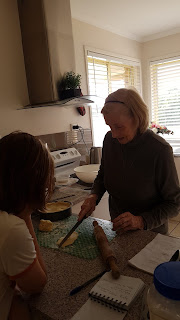 Put a few slits and cut some heart shapes - like this (roll a rough circle, cut into quarters and make hearts - just like that) 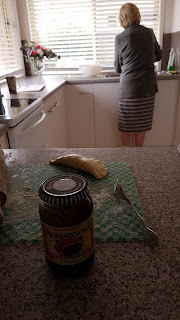 Find a jar of Robertsons Fruit Mince (from the secret larder) and make a little Fruit Mince Pastie. 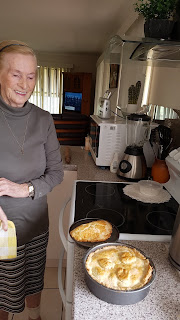 "I like making them, but I am the only one here and I have nobody to give them to" she said.

It is such a pity that being the only people she could give her pies to has such weighty consequences.  But then again, I am sure that I could broker at least one household a week that she could share her talents with, because those pies. 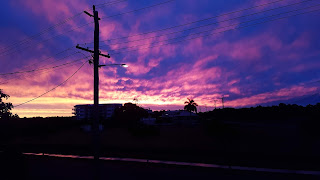 I know folks who swear by using lard and I grew up eating things made with it. Alas, that was another lifetime for me.

Lard crusts are the flakiest...I had a 'class' in it from a coworker. Thanks for the reminder.

Oh. And can I borrow Queen Jean for a time?

And stopping by to check in, I saw your post Lardy Larder. And laughed out loud! How did I miss THAT!