So if anyone is in Bundaberg on Sunday and either wish to view a fool or join in the foolery: 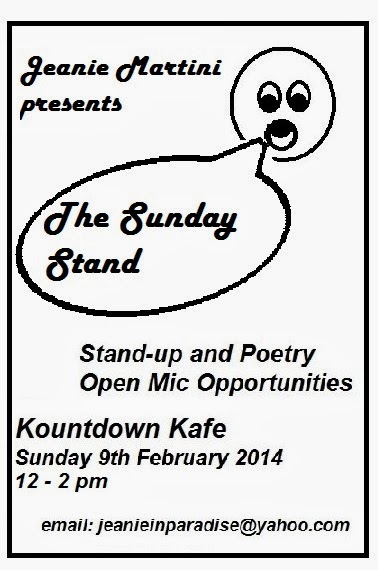 Kountdown Kafe is at 37 Targo Street, Bundaberg.
Posted by jeanie

Unfortunately, you'll have to imagine me sitting in a corner applauding wildly.

Now I bet you could easily find a friend to tape this round for YouTube.

Don't make me wait to see your show until you're rich and famous and touring the US! ;)