After a hard day at the garage sale (will do a wrap in another post - profit made, some lessons learned and some played right) we all needed some food that would be easy, comforting and filling.

There was a limitation in ingredients - I had some mince thawed - and tastes - 'Salina has definite views on her food horizons, as does V. They don't happily coincide at all times - isn't that life? I, of course, am very easy to please as long as it does not involve offal.

But I wanted to move us just ever so slightly from what we always have, so I made the brave suggestion that we have cannelloni.

V was all for it, but 'Salina had her doubts. After all, she hadn't heard of it and what is wrong with lasagne?

I made a pledge to make it as lasagne like as possible for her approval. So here it is for yours: 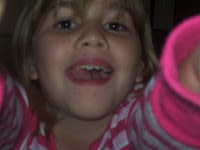 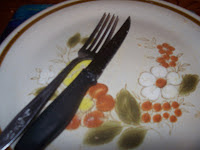 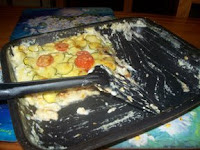 Jeanie, heard a food history program on Radio National a while back and on this a woman referred to her husbands food tastes as Gosford (NSW central coast) Kosher - pre 1949 meat & 3 veg. It reminded me of a Writers' Festival conversation with Stephanie Alexander & Guy Grossie (top Melbourne foodies and restauranteurs) a few years ago. Stephanie said that the food revolution happened about 1967 when broccoli appeared: this was Australia's move away from just potatoes, pumpkins, peas, beans, carrots & cabbage.

You have the same plate my mother does!

I love cannelloni, but am intrigued by your food processor. It looks like it should be in a museum of artful cooking.
Great post
Thanks

Great Post, Pioneer Woman-esque. (Did I spell that right?) Love zuccini, mushrooms, tomatoes and cheese and all that good stuff. Pasta ain't bad, neither!

So glad V assisted AND Salina LOVED it! Hip, hip, hurray! Isn't that most of the battle? Making the eaters happy eaters?

Ummmmmmmm, what's a Jap pumpkin? Can come by and eat dinner with you next time you make this? Looks extremely yummy!!!

david - its only from late last century - is that what they call the dump?

crazed mom - a "Jap" pumpkin was named by the farmer whose farm they were first found on - "Jap" stands for "Just Another Pumpkin" - may only be an Aussie variety...

tiff and baby amore - it was, and apparently even more so for V's smoko yesterday - he had all his workmates very envious.