I do believe that I have made mention that technology and "slipping into the lifestyle du Paradise" is not teflonic in their relationship.

(not doing that SOLELY to send you back into my archives folks, more an epiphany that this carp really dogs me)

(Do excuse me - train of thought just derailed by Eddie Spaghetti and an attempt to attract my attention with the Branxton Furball Expulsions - it worked, with me implementing Stage One of training him to throw up on the Real Estate glossies from the local rag.  Lets just call it a draw, put a line under it and move along.  Nothing to see.) 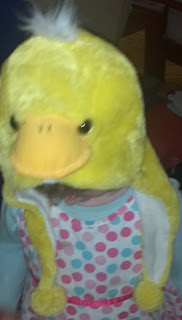 As I was saying, there was a fleeting moment in time - from the ages of eleven through to twenty-something - when I was switched on technology wise - but it seems that several factors have led to an apparent gap between my requirement of technology, my desire for technological prowess and the availability of both device and time to suit the outcome of choice.  Actually, more a chasm.

But tonight - tonight has held one of those lightning bolt moments, when the inner luddite discovered a tunnel of understanding.

You see, for reasons that would possibly take me several paragraphs to explain (and we may well both come out of that experience not much the wiser) (involving economic, geographic, international trade, international cuisine, craft, ideological, ethical, politic and philosophical factors) I was in the process of canning kidney beans this evening.

I am not sure if you are familiar, but "dans la maison du Paradise, il y avait une petite cuisine."  (Une very petite and very YELLOW cuisine, actually) 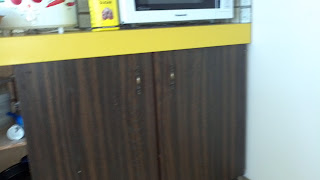 Although I project a front of crafty kitchen queen, I am actually more at the scullery maid level when it comes to the art of canning.  Chutney-ing and jam-ing I have done for years, pickling since I was a child and on a fancy level more recently - but canning (or bottling, as it were) is territory I am only just starting to explore.

So the kidney beans were cooked and cooling.  The children were in bed and snoring.  The pressure canner was unearthed from the storage unit (otherwise known as in its box on the spare chair in the sunroom for lack of a better place to put it) (but there are plans) and the recipe book cupboard completely reorganised and tidied in (successful) pursuit of the bible of preserving, "The Ball Blue Book".

(And may we all take pause for a moment and think how different this blog post would be were we in pursuit of the bible of persevering, "The Blue Ball Book")

During my trawl through 3 different chapters, I only discovered three main mistakes I had already made in the kidney bean project - but I was quite chuffed with that, as at this point the last time I had attempted a similar kidney bean project I had chalked up seven.

I then - drained the beans, put the liquid back on to boil, cleared the draining rack, filled the sink, brought in the jars from the storage unit (otherwise known as the brown traymobile in the living room for lack of a better place to put them) (but there are plans), washed them, put on another pot of water to boil for the bottles, found the spare box of bottle inner lids, assessed the intricacies of the pressure valvle for the pressure canner, put the bottles, outer lids, inner lids into the boiling water, put on pressure canner with water on to boil, had a shower, read another chapter, found two more mistakes, bottled the beans, added boiling bean juice, put lids on, put into boiling water in pressure canner, read another chapter, remove bottles, tip out some boiling water, put bottles back in, seal the lid, vent the steam, wash up, put on the valve, watch the gauge g-r-a-d-u-a-l-l-y c-r-e-e-e-e-e-p u----p to ten pounds.

And then it happened.

That moment when it actually CLICKED on how this doggarned machine actually works.

Suddenly, technology that first raised its gastronomical fist in le cuisines of the Napoleonic era and the physics principles in play with the perfect synchronicity of the gauge aligning with the strength of the valve and science gave me pause to think.

And I thought - You know, this is a bloggable moment.

Lord, I am a shallow pool. 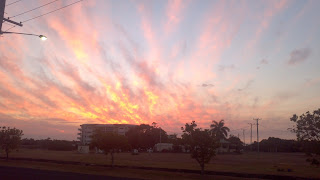 In other news, we are not mentioning the vacuum cleaner.  Not with very nice tones anyway.

But we are not letting it overshadow the joys of the day.

Well, I'm certainly impressed. You are quite the kitchen whiz!

I made a brief foray into the canning world some 20-25 years ago, but I'll admit I was always intimidated by a pressure cooker. These days I stick with just pickling squash (using a hot water bath).

With all those tomatoes, I would expect you to be canning them by the quart. Such a handy thing to be able to dump into, say a can of kidney beans...I always canned mine with onions and peppers and garlic, all together. I used the Ball Blue book as well. On a side note, did you realize that there is a Blue Ball Pennsylvania? It is minutes from Intercourse, PA. True story. Mapquest it yourself.