Well, I have to be really, as I have played quite a nasty trick on myself. I booked train tickets to go and see my father and his new knee in Brisbane this weekend, and the choice was leave early morning and arrive morning OR leave mid-morning and arrive mid-afternoon. As we are having a day off school anyway I went for the first option and get the full extra day experience.

Anyhow, when booking I noted the timetable had 2 early morning trains (not Saturday morning, however, hence the day off school) and had kicked myself afterwards for telling the train dude to go for the earlier one (4am) rather than the one after (5am) - I did the maths, failed to carry a 1 or something and thought it was shorter rather than longer time on the tracks...

So anyway, on my list today were many things, including book the cab and the wake up call. When I booked the cab, the girl was quite surprised that I was to go so early as people usually caught the 5am train. "Um, yep, that would be because the rest of the region is much smarter than I" I told her and she laughed (because what else can you do) and told me a cab would be here at 3 to allow for any time requirements at the station (and, you know, that 15 minute drive to town may take 40 minutes because of traffic at that hour).

Ugh - taxi at 3 meant I would have to be up before that point - so I rang the wake up call service and let the computer know when to book my call, and I know me pretty well so made it for 2.15am.

Well, I went on my merry way and ticked off lots on my list, and then tried to see if stopping the second last stop rather than go right into Brisbane I would be at the station near where my mother is staying any earlier.

So, I looked at the timetable to see when it would arrive in Caboolture.

"That's funny" I thought "but the 4am train only goes Mon-Thu and I am going Fri?" (I tend to think in abbrev form when reading timetables)

So, I looked at my ticket.

And then I laughed - one of those whinnying, loud intake of air, high-pitched laughs.

The cab girl laughed at me too, and wanted me to tell the world that she was right all along so I just did.

Unfortunately I cannot think of a way to tell the computer not to call, however...

Other things have made me laugh of late - for example 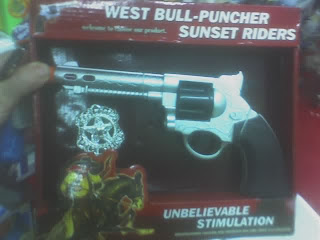 Oh, and today Moreena made me laugh: read this and then this.

A woman I have discovered recently with real guts is Tokyo Girl Down Under. here is a post about her real estate agent. I know, I know, they're not all like that!

There were more, but I have to pack, put the car away and look at my house throught the eyes of a stranger so I don't scare the lovely lady next door (another Jean - can you imagine?) who will be feeding Eddie - twice a day and a little milk if he is pining at times throughout (ha ha ha). Not much really.

However, first I have to call my honey, and that can take a little bit of my evening - its a ritual I enjoy for as long as I have to, but maybe one day there won't be that 330km and phone line between us on a Thursday evening...

What kind of present do you take a new knee? Short shorts so it will be the centre of attraction at the next family get-to-gether??

Say hello to your dad from me. Nothing better to make your day than long distant stranger greetings.

Thank you! I am still laughing about the ConvictedFelonTruckDriver's tattoo comment.

At least you didn't have to get up s early. It woudl ahve been so annoying if you had got there and had to have waited in the dark all that time.
I checked out moreena's links - damn funny!

Ah! The old "I didn't read the timetable correctly" trick. Yep, been there, done that.

Is your dad's new knee made of metal? After my mum got a new aluminium heart valve, I started referring to her as The Cyborg. It provided much amusement for all.