Yes, its been pretty thin on the ground here, postings wise.


My new office space - the high point of my week! As I have to pull some late nights/early mornings on the dinosaur computer I SAID I had passed on to 'Salina (but still require as it has some expensive software I can no longer find the disks for) and as space-wise, a computer in her room wasn't working, I put V and I to work this morning in clearing out the spare room, rearranging the whole house and making "space" a priority.

I am sorry I haven't trundled the blogorama much this week. And probably won't next week.

Shoot - haven't I done this post a few times before? 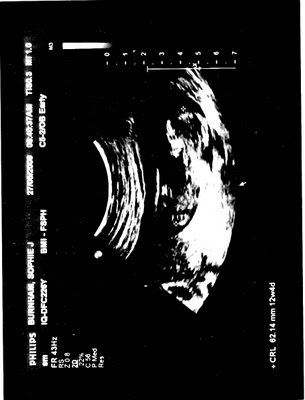 What is up in the outside world?
Posted by jeanie

Of all the photos, on all of the blogs, I have to say - I think this is the most beautiful one I have seen yet.

Hope you can stress less soon.

Congratulations on your ..unborn baby.

I've been so so in bliss with my newborn granddaughter ..nothing much else has mattered!

Awesome - another little bubba on its way. Hope you are keeping well; besides the ups & downs of the week...

Hang tight... lots of positives hiding out in Paradise. Might have to 'do a Debby' and hold still for a sec to hear them all properly?

Hope Salina is on the improve, hope the job front changes enough for you to stress less (calm vibes for that sweet unborn niece/nephew), the stove proves a boon for Restaurant Padadiso, and Centrelink come to their senses and reward your patience with some red-alleviating options!!
Hugs
BB

Cheer up *passing you a cuppa tea*
Coz tea solves all the world's problems, right?!
Fab photo of Bubs :)

Glad to see you are still down there hangin' in with the unpaid bills, paperwork, cranky computer, child on the mend and baby on the way. How could you possibly think you were overwhelmed and stressed?? Best wishes for a better week. :-D

Love that photo. I got goosepimples :)

I'm sorry, my priorities were all out of order for a second there. I was excited for your computer room. Baby, erin! Be excited about the baby!

Stress sucks. Let's have a 'name the baby' contest! I mean, I know that you and V will want to pick the baby's real name, but why don't you let us pick the baby's blog name? I'm sure we could make you laugh!

I must admit I've missed your posts, but I think you've got some pretty ok excuses there.
Oh, and Hi bub!

They are not parsitic life form intil they are teenagers, muahahahaha. I hope Salina feels better soon. Relax girlie. Problems can be fixed even if it's frustrating. HUGZ.