Fitting In To a Me Shaped Hole

In my Wednesday reads, I came across a theme - and my goodness, I just may use it for something more worthwhile than whinging about my own life - not that there is much to whinge about at the moment - 'Salina is being a peach, V is proving that good, intelligent, sexy men exist (well one does - but that is the one that matters!), the earthmoving equipment has moved up the road and it is a glorious day in Paradise.

While reading 8 Centimeters Deluded: Washed Up Jellyfish or Breast Implants? I had to laugh out loud at the line:

Gag me with a 3D, acid-free photo corner.

She was referring to scrapbooking (and she could not have echoed my sentiments more) during an adventure packed blog regarding social niceties and the cringe reflex - but go check out this amazingly witty woman!

Not much further along in my blog meanderings, Jennster bemoaned

that's when i just look around wondering if anyone else in the room feels like an outcast like i do. and i always decide that no.. i don't think they do.

Honey - I sure do! I remember when I was at my most vulnerable in life (besides the every day vulnerability that washes over me in some social settings). I lived in a beachside suburb where I knew NO-ONE. A single mother refugee from an increasingly dysfunctional relationship break-up set down in the middle of nuclear-ville. I am sure that all the females in the little nests for miles around shuddered at my coming and I sure as heck have no idea what the males were thinking as I was at the point where I was truly invisible to the actions and reactions of that species.

I lived there 18 months - not one day during that time did it get any better. Oh, a few old dears would appreciate the cuteness of my toddler and I did corner a neighbour into a discussion about dogs once - but that was it. If they had been ungenteel folk I am sure that I would have found graffiti plastered across my walls "Begone - Heathens Not Welcome" - but they were very polite in their stiffening of lips and sniffing disdainfully as I perambulated their streets.

I would like to say that once I moved, all that changed - but change was very gradual and there were days during our journey where I could have shrivelled up into a ball of see-through cellophane - and there were people I met on my journey who I think wished for this response.

I often wonder why it is that people seek to feel better about themselves at the expense of others? Maybe it is because I am a woman that I feel this most keenly in the camp of women but I do not wish to be sexist and say it is a purely woman thing.

It began innocuously enough...
And that is all before you get to school age - at which point there is pre-school, committees, parties, sleepovers, bullying and teachers to tiptoe through - and if you feel that you don't fit in to the accepted norm as a mother, the ostracism you can feel can certainly flatten.

It did get better at the old school before I left - and that is because I found a group of awesome mothers - both single and married - among whom I really felt I could be myself - and that was a truly liberating experience.

I would love to say that it remained all wonderful when I moved to Paradise - but it didn't. In fact I felt so shut out by other parents it was truly painful. I made an effort to be friendly at school pick up (which I attended as my daughter felt so shut out by other children) and I have never before met such a solid wall of resistence. The only person that would speak to me was another new mother.

Gradually it has changed - mainly through relentless volunteering and therefore the children will say hello to me. I also met another mother who I clicked with - and who could recount her very similar reception six months previous - so I knew it wasn't me. And I have also found some fringe-dwellers amongst the phalanx of disdainful matrons who I can relate to.

I would love to have the guts to turn to these women (and a few men, I might add) and tell them that I am NEVER going to conform to whatever their narrow standards may be and to just get over themselves - but I dare not run that gauntlet of artfully cocked eyebrows. So instead I will cultivate my slowly growing posse of pleasanter parents and know that there are people like me - we just don't run the P&C!

Having said all that, I wonder do I do that to others? Are there people who think that I do that? Do I dismiss others because of some inner snob? I would like to think not - but then I have to think that these people do not deliberately make others feel small - do they? 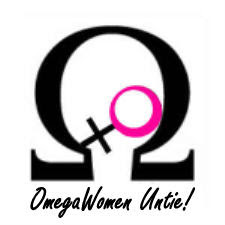 But hey - I have found an online club that is made up of women just like me - or rather, possibly rather unlike me but enough like me in the "I am not going to play the mother game competitively but for the joy of it" that I feel more at home. They are Omega Women - go check them out!

And finally - a preview for the blog I aim to do tomorrow: I have to thank the internet for saving me during those dark days alluded to above - I found a group of like women online, and for the last 4 years I have known and loved these women for the beauty they have in their lives.

One of these ladies is part of a group called "The Betty Boobs" and this year they are doing the 2007 Arizona Breast Cancer 3-Day! which is a 60 mile walk to raise funds and awareness for two Breast Cancer charities. As a teaser for tomorrow's post here are the shirts they have created - and you can own one too!!!
Posted by jeanie

Labels: joys of social niceties (or not)

Jeanie, I admire your approach so much.

I have never really fit in. I've always been a bit of an outsider, but in the last few years, I've started embracing that a bit more, and ironically, it means I can relax into who I am a little bit better and I'm attracting similar people to me, rather than slamming my square-peg self into that round hole. Plus, I think being on the outer a bit gives the detachment I need to write.

Don't feel too harshly towards those mothers who are so judgemental (eep, like me, LOL). They are the result of a society that tells a woman that her worth is not only tied to her reproductive status, but how she wields it, and how well she conforms to the stereotype. It is a frightening thing to have that stereotype challenged, when it's the thing to which you've hooked your worth.

It could have been me writing this post. As you know I'm a sole parent and quite often feel on the fringe. I do the school pickup one day a week as I work the rest. If I didn't do reading that same morning then I would hardly know anyone. This year I feel more accepted than last year.

I too felt out of place when my peers were sending their kids to swimming lessons and doing this and doing that and I couldn't for financial reasons and otherwise.

Thank goodness for the internet ey?

Hey, hey, sha-nay, nay ... Thanks for the shout-out. I'm happy you're enjoying my posts. Sometimes they actually work. Most of the time they flop like my post-breastfeeding ta tas.

"Don't feel too harshly towards those mothers who are so judgemental (eep, like me, LOL)."

Jaycee - I think there is a lot in being a single mother that makes us ostracised - or more easily so - and the economical rationalism that comes into being a solo parent does make it that much harder to tick all the boxes!

Hey Domestic Slackstress - of course I will do the shout out to your blog - I really enjoy your writing, and if we can all go through life with a witty view offered, either through our own eyes or borrowing others, I feel it is a much more joyful journey.

I feel like I don't really fit in with anyone much around here so believe me you don't have to be a single parent to feel like a square peg. Actually, once I got conned into playing in a 6-a-side women's soccer team with other mums from the kids school, and I was the only one in the team who wasn't a single parent! But apart from the fact that I didn't enjoy the actual soccer much, the reason I didn't 'fit in' wasn't because of our domestic situations but because when it came to the end of season meal out, I was the only one (as I normally am) who is not into 'partying'.

There are so many single parents/split families around where we live it really doesn't ever seem to make a blip on the radar! - maybe you should move down here!! ;)

So we all have our non-belonging 'issues' I think. I'm about to do a post on the conversations I don't want to be a part of with the girls I played tennis with today....

you are so awesome- and about 10 feet deeper than i could ever be. :) it's amazing what we do to eachother, adn i have sometimes wondered how people perceive me. do they think i'm rude, or snobby- but i don't think they do. i think they probably just think i'm a bitch. but i'm okay with it. because i don't feel like i'm missing out on anything by NOT being friends with these people. :)
i'm going to check out the omega chicks, but it sounds like an online sorority- and i hate those. lol